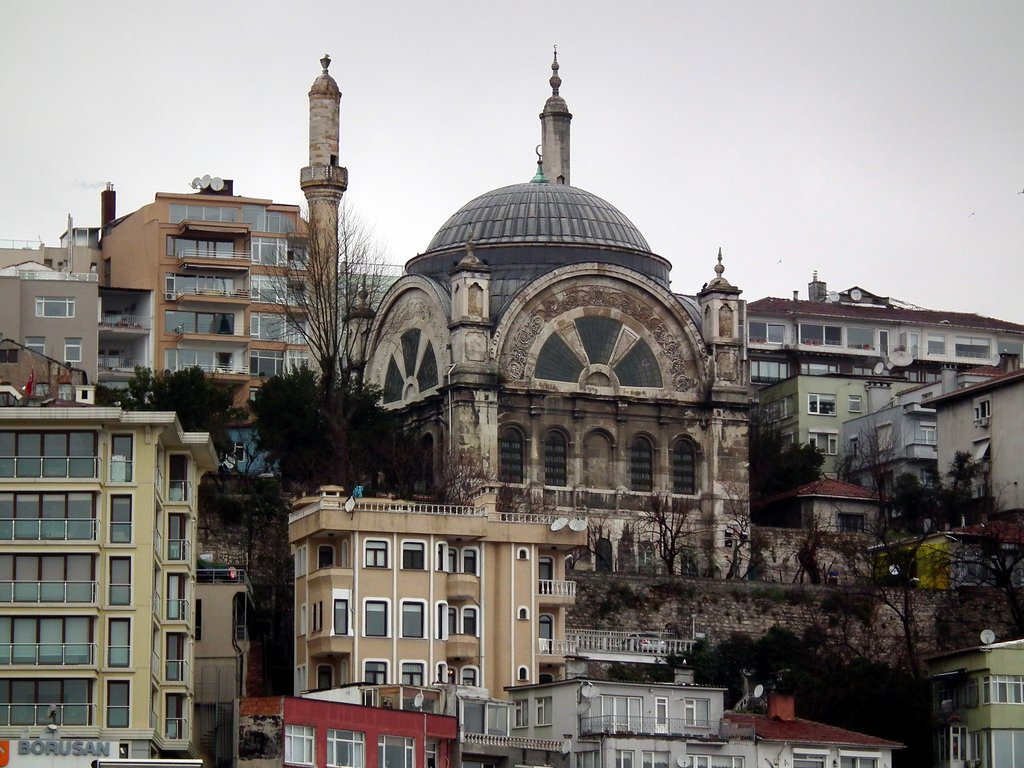 The Cihangir Mosque, from which the neighbourhood got its name, is like a smaller prototype of the Dolmabahçe Mosque. Cihangir mosque that gave its name the district is located on hill overseeing the double minaret mosque built by Architect Sinan in 1560 for Kanuni Sultan Süleyman in the name of his son Cihangir, who died young was demolished by a fire, the existing mosque was rebuilt by Sultan Abdülhamit II.

The mosque in time has become the centre of the settlement. The existing building with its square plan and singledome, which has a congregation place in front, was built in 1889-90. This mosque does not reflect the archtecture of the period of Sinan in a significant way any more.

Built by Mimar Sinan under the orders of Kanuni Sultan Süleyman, the original mosque that stood in its place, Şehzade Cihangir Mosque, had quite a dramatic story : Süleyman, armed with the motive that his son Şehzade Mustafa from his previous haseki Mahidevran Sultan would attempt an overthrow - and, according to popular belief, with enough provocation with Hürrem Sultan - has Şehzade Mustafa choked to death.

Şehzade Cihangir (c.1531 - 1553) was the sixth and youngest child of Hürrem Sultan and the Ottoman Sultan Süleyman the Magnificent. From birth, he had many problems of health and developed a deformity.

He was very well educated and said to be one of the cleverest of his siblings and half-siblings. Reports suggest he later died of "grief" at the news of the execution of his half-brother, Mustafa, ordered by his father, Kanuni Sultan Süleyman.

As a result, Hürrem’s son Şehzade Cihangir dies of grief and the mosque is erected in his memory. Today, what makes the mosque exceptional is the breathtaking view of the Bosphorus.

These scripts and photographs are registered under © Copyright 2018, respected writers and photographers from the internet. All Rights Reserved.
Posted by ISTANBUL, Extended On Two Continents at 1:11 AM