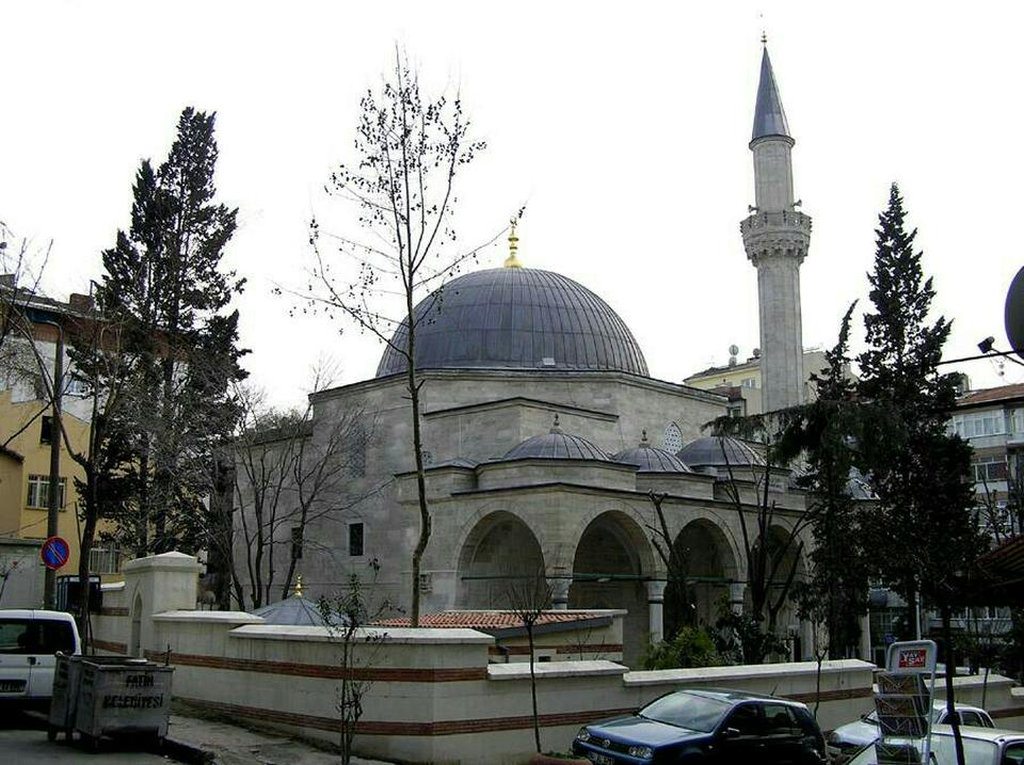 According to the inscription of this mosque on Bali Pasha Street in Fatih, the structure was built between 1504 and 1505 by Hüma Hatun after her husband Vizier Bali Pasha died in 1494. Hüma Hatun finished the construction by spending 15.000 gold coins.

This cut stone mosque, whose dome measures 12 m in diameter, has a dimension of 17.2 x 17.8 m. The inscription belongs to the Poet Kenan Hüdai.

The building has endured many natural disasters throughout its life span and has, thus, lost much of its original magnificence. The most sigficant damage was caused by the 1894 earthquake, when the main dome and the part of the outside portico was destroyed. Although two fires in 1633 and 1918 and an earthquake in 1894 occurred in the area, today the monument is still in good condition protecting its characteristics of the 16th century Ottoman architecture.

A pre-existing mosque built in 1504 was taken down and rebuilt by Mimar Sinan. The mosque with shallow galleries consists of a prayer hall which is surmounted by a central dome of 11.80 meter, a five-bay portico and a minaret. It is an important example of the 16th century Ottoman architecture.

The plan of Bali Paşa Camii is simple and to a certain extent resembles that of Iskender Paşa. The chief difference between these two is that in Bali Paşa the dome arches to north, west and south are very deep, being almost barrel vaults; thus room is left, on the north and south, for shallow bays with galleries above. But the five domes of the porch have never been rebuilt and this gives the facade a somewhat naked look.

The mosque is composed of a prayer hall covered by a central dome and a five bay portico. The central dome rests on great arches in the north, east and west which are divided into three abutments at the ground level. Narrow galleries surround the prayer hall. The portico columns date from the period of Sultan Bayezid II and the minaret is probably built by Architect Sinan.

These scripts and photographs are registered under © Copyright 2018, respected writers and photographers from the internet. All Rights Reserved.
Posted by ISTANBUL, Extended On Two Continents at 4:02 AM