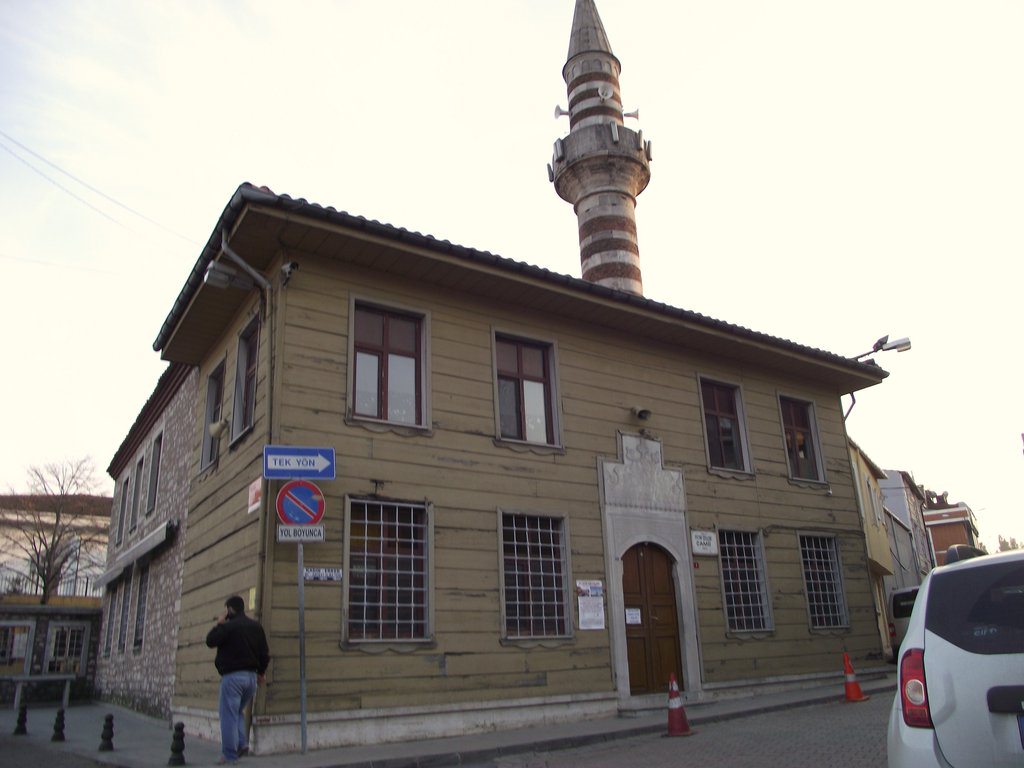 The masjid itself is known also as the Otakçılar Mescidi. This neighbourhood is located just outside the Edirnekapı Gate, at the point where it is believed that the Rumeli Army, which made up the left wing of the besieging Ottoman forces and which was commanded by Beylerbeyi Karaca Bey, had its headquarters. The location was also known as Otakçılar or Tokmaktepe.

According to information in the Seyahatnâme of Evliya Çelebi, the name Otakçılar derived from the fact that the caravans going in the direction of Europe at the time of Sultan Mehmed the Conqueror pitched their tents (otağ) there. According to Çelebi, during the 17th century there were four mosques, seventeen masjids, six dervish lodges and three large commercial buildings in this neighbourhood.

According to Ayvansarayi, the masjid of this neighbourhood was built by Fethullah Efendi, who was also known as Fethi Çelebi. The building having fallen into a state of disrepair, Bâb’üs-Saade Ağası (Chief of the White Eunuchs) Gazanfer Ağa had it repaired with the addition of a madrasa and sebil (free water distribution point). The inscription over the sebil is dated 1008 (1599).

The Grand Vizier Bayram Paşa had the minber of the mosque built. The building is located at just in front of Otakçılar police station. Access to the building is through the main door on the street. The entrance hall is rectangular, with a door leading to the women’s gallery and to the minaret on the western side. A door situated on the same axis as the maindoor, leads to the main part of the mosque, the dimensions of which are 13.72 x 9.22 m.

Also this part of the mosque is rectangular and it has rectangular windows set on two tiers : six each on its eastern and western sides and four on its southern side, with two each on both sides of the mihrab. The minber is of wood while the mihrab is a simple and new niche. On the northern side of the main section there is th ewooden women’s gallery on both sides of the entrance, supported by four square columns oneach side.The marble frame surrounding the main door is decorated with the typical rumi-palmette (palm like) decorations of the 16th century.

The inscription commemorating the repair cites the name of Bâb’üs-Saade Ağası Gazanfer Ağa as the benefactor and the date of 1008 (1599-1600). The eight windows on the façade (four on each side of the entrance andf our on each tier) and the two upper windows on both the western and the eastern sides provide the natural lighting for the entrance hall. The entrance hall is wooden, while the mainpart is made of roughly hewn stones and bricks.

On the western side, at the point where the main part and the wooden entrance hall join, there is the, slightly outward projecting, square-based minaret. The minaret is made up of alternating stone and brick circles. The part where the small müezzin’s (the man that recites the call to prayer) gallery joins the rest of the minaret is unadornedand the minaret ends with the lead covered cone.

It is known that on the western side there were wooden bird houses, but unfortunately notrace remains of them.In 1989, this masjid was completely demol-ished and rebuilt. The surrounding buildings, built by Gazanfer Ağa, have not survived to our days. The neighbourhood named after this masjid, still exists.

These scripts and photographs are registered under © Copyright 2018, respected writers and photographers from the internet. All Rights Reserved.
Posted by ISTANBUL, Extended On Two Continents at 11:22 AM