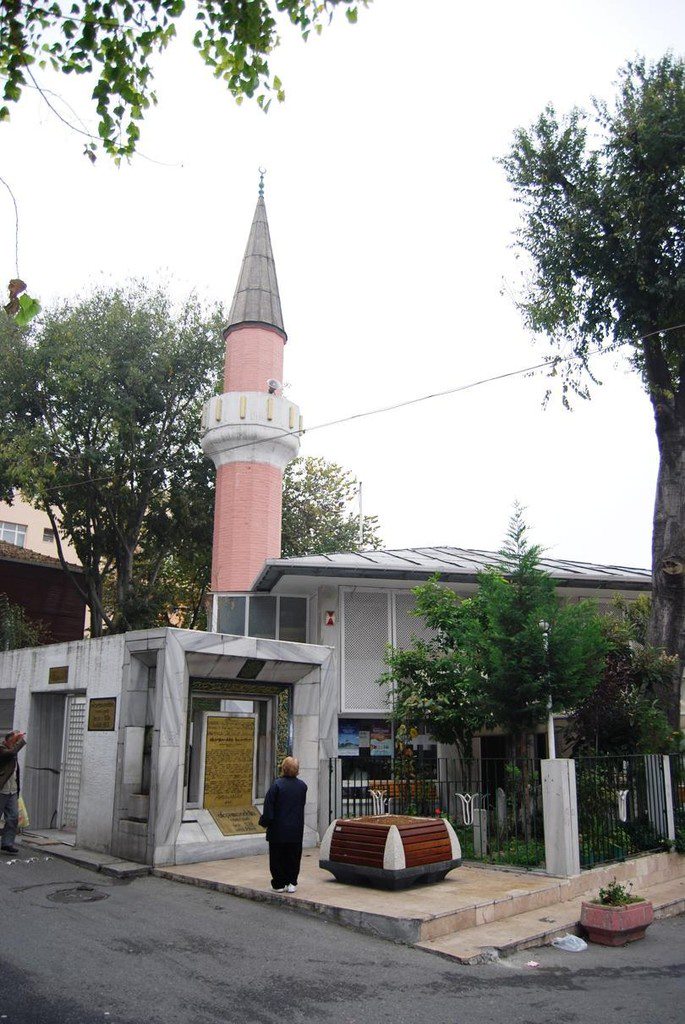 Akşemsettin Mehmet Efendi was the teacher of Fatih Sultan Mehmet and his tomb is now in Göynük, Torbalı. The mosque which is in the courtyard with the outer walls has been still standing for years. When entering the courtyard, there are three huge plane trees and at right there is an inscription about the life of Akşemsettin.

The mosque has a white unusual minaret. Entering into the mosque, instead of the lectern there is a buried library and there are verses and hadiths on the white walls. You won’t be able to take your eyes off the calligraphy on the glass and you will admire them inevitably. The area is regular and there are graves from the 19th century. The mosque built in 1455 by Akşemsettin was restored in 1994 by Akşemsettin Foundation.

Akşemsettin’s real name was Sheikh Mohammed Bin Hamza and he was one of the biggest Sufis and a scientist in the 15th century. In “Maddet-ül Hayat” written about Medicine, Akşemsettin is the first person who talks about micro-organisms with the sentence of “It is wrong to suppose that disease occurs one by one in humans. Diseases pass from person to person by means of seeds which are too small not to be seen.”

The mosque is still open to worship and welcomes many people every day. If you are interested in history and architecture you should see the Akşemsettin Mosque. The county, Fatih, has easy opportunities for transportation and is home to many historic mosques except Akşemsettin Mosque.

These scripts and photographs are registered under © Copyright 2018, respected writers and photographers from the internet. All Rights Reserved.
Posted by ISTANBUL, Extended On Two Continents at 11:44 AM