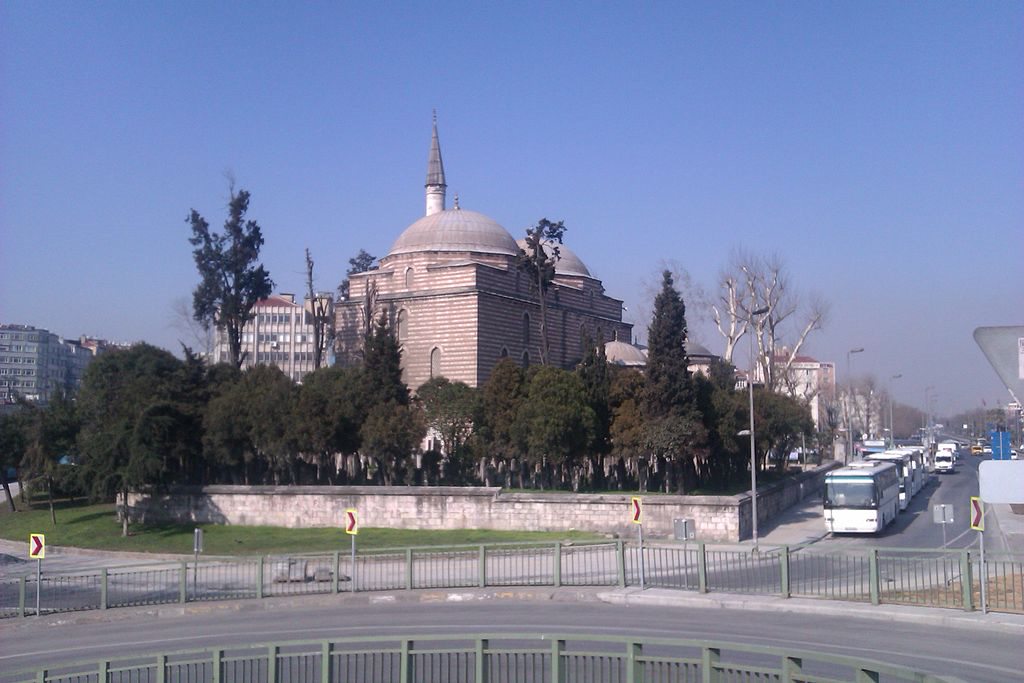 Murat Paşa Mosque is located in the Aksaray district of Istanbul. Murat Paşa Mosque is the largest complex in the city donated by a vizier. Close to the Aksaray footbridge, the Murat Pasha Mosque, according to the dates of  1469 - 1471 inscription, is one of the oldest mosques in the city. Since it was built only twenty years after the conquest of the city. Its founder was Has Murat Paşa, the vizier during the rule of Sultan Mehmed II.

Has Murat Pasha, a member of the Palaiologos dynasty, became one of the most important viziers of Sultan Mehmet II. After Murat Pasha died during the Otlukbeli war in 1469, his brother Vizier Mesih Pasha completed the mosque in 1473.

The design belongs to the Bursa style, with a central prayer hall covered with two identical sized domes. The concept of centralized space dominated by the main dome will be accepted much later during the classical style. The most interesting decorative-functional parts of the mosque are the stalactite decorations on the dome. The height of the dome  is 21 meters while the diameter is 10.5 meters. External walls were made of stone and brick.

A long rectangular room divided by an arch into two squares each covered by a dome, with two small side-chambers to north and south forming a tabhane for travellers. Of the two large domes, the eastern one rests on pendentives with bold and deeply cut stalactites, but the western one has that curious arrangement of triangles which we have seen on the smaller domes at Mahmut Paşa.

The porch has five domed bays with six very handsome ancient columns: two of Syenitic granite, four of verd antique. The capitals are of three different kinds, arranged symmetrically, two types of stalactites and the lozenge capital. The construction of the building is in courses of brick and stone. The pious foundation originally included a medrese and a large double hamam; but these have unfortunately perished in the widening of the adjacent streets.

The founder, Murat Paşa, was a convert from the imperial family of the Palaeologues; he became a vezir of Fatih and died in battle as a relatively young man. The date of construction of his mosque is given in an intricate inscription in Arabic over the main door – A.H. 874 (A.D. 1469) – later than Mahmut Paşa Camii by only seven years. The calligraphy in this inscription is exceptionally beautiful and is probably by Ali Sofi, who did the fine inscription over the Imperial Gate to the Saray.

Damaged by the lightning strike in 1640, the mosque was restored for the last time in 1946. The shadirvan (water-tank with a fountain) on the northern side was built by Kara Davut Pasha in the 17th century.

The madrasah was built between 1477 and 1478, and was ruined in 1935. The tabhane was protected while the bath, whose usage was intermittent, (Aksaray Bath) was removed during the construction of Vatan Street between 1957 and 1958.

These scripts and photographs are registered under © Copyright 2018, respected writers and photographers from the internet. All Rights Reserved.
Posted by ISTANBUL, Extended On Two Continents at 11:17 AM