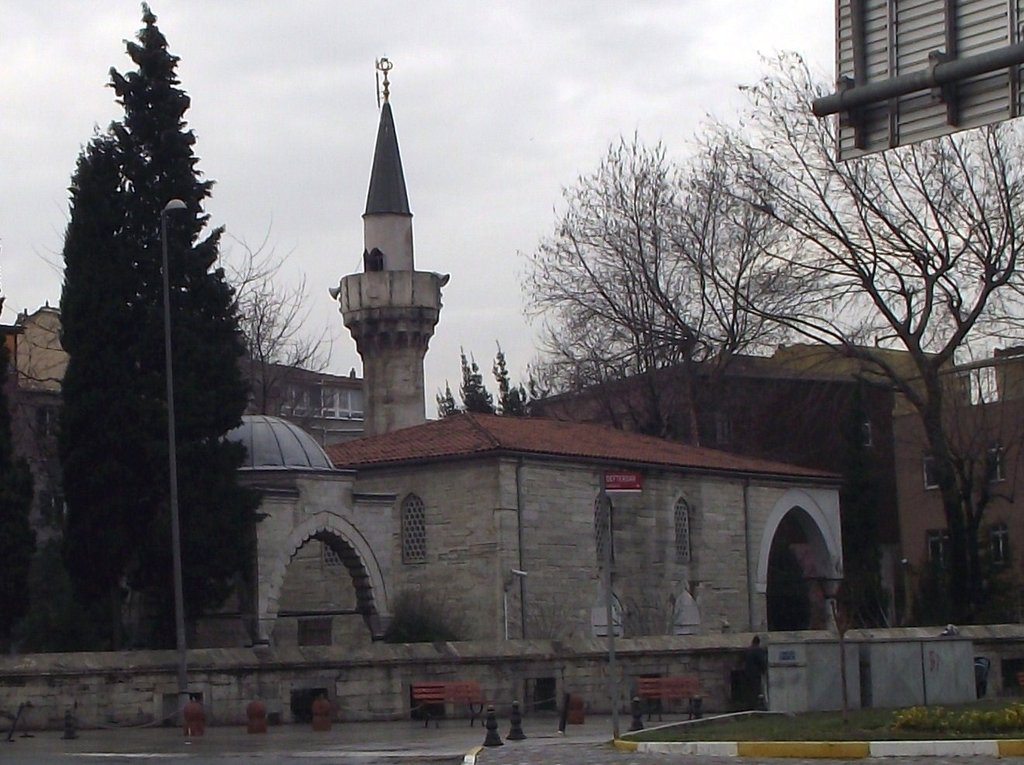 Defterdar Mosque is located in the Defterdar Avenue in Eyüp, Istanbul. Nazlı Defterdar Mahmud Efendi (1500-1546) had this mosque built by mimar Sinan in 1542. It was completely renovated after the 1766 earthquake. On the banner of its minaret, there is the image of an inkwell and a pen as a token of his love of calligraphy.

The dome of the mosque collapsed during the 1766 earthquake and the roof cover was later replaced by a wooden structure. This single dome mosque lost its features after an earthquake in 1766 because it was renovated using timber material. A flat roof was constructed when the building repaired rather had a dome.

Instead of a crescent, this mosque has "ink pot and pen" on top of its dome, representing the profession of the founder of the mosque. (since "defterdar" means chamberlain). The original pair was broken by a storm in 1997. Ten years later, on 30 May 2007, a new inkpot and a pen assembled on top of the dome of the mosque.

Mahmut Çelebi served twice as the Minister of Finance for the Ottoman Empire. The inscription on the entrance of the mosque belongs to Nazlı Defterdar Mahmut Efendi who was also a calligrapher. As a sign of his penmanship, he put the shape of an ink holder and a pen on the alem (star and moon shape device) on the top of the minaret.

The tomb of Nazlı Defterdar Mahmud Efendi faces the niche of the mosque. For Nazlı Mahmut Efendi, who died in 1546, a cut stone tomb was built in a square plan shape. This structure, although amongst the more modest-scale examples of Sinan’s architecture in Istanbul, provides one of the best examples of 16th century traditions, largely through its proportions and details.

These scripts and photographs are registered under © Copyright 2018, respected writers and photographers from the internet. All Rights Reserved.
Posted by ISTANBUL, Extended On Two Continents at 4:40 AM