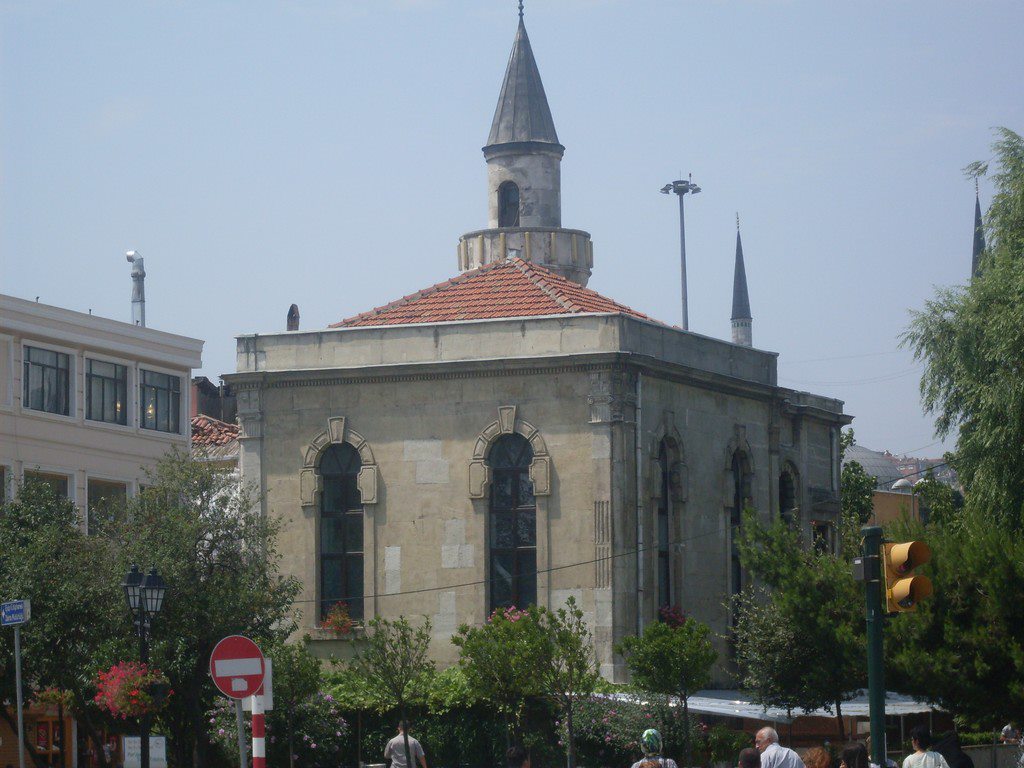 It is a little bit further than Rum Mehmet Pasha Mosque and gives its name to the quarter. The mosque, originally built here by Hamza Fakih in 1499. It was enlarged in 1630 and was renovated in 1720 by Kaymakçı Mustafa Paşa, who was later killed in the Patrona Halil Uprising.

The interior is decorated with enameled tiles and ornaments that are among the best examples of the 18th century. It is said that they were made in the Tekfur Palace near Edirnekapı. Before the fire the mosque had been completely covered by enameled tiles, which now only reach the lower windows.

The mosque was partially burnt in 1890 and restored by Şerife Nesife Hanım, the daughter of Helvacı. Since it collapsed during the big earthquake in 1888, it was rebuilt.

It was built of cut stone. The ascent to the minaret on the right is made of wood. It is understood from the plate on its door prepared by poet Refet, the founders are philanthropic Hamza Fakih and Kaymak Mustafa Pasha. Although it was built during Sultan Ahmet III's era, the traditions of Architect Sinan were followed.

These scripts and photographs are registered under © Copyright 2018, respected writers and photographers from the internet. All Rights Reserved.
Posted by ISTANBUL, Extended On Two Continents at 10:34 AM