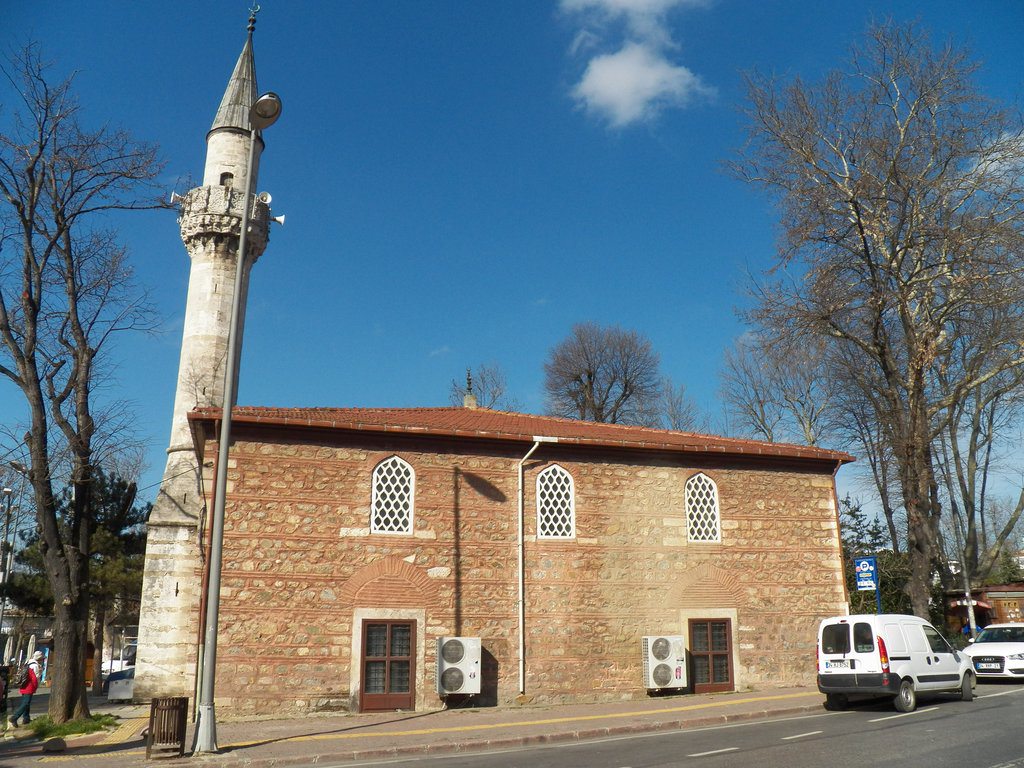 At the entrance of Kanlıca Quay Square, Gazi Iskender Pasha Mosque, which was built by Mimar Sinan in 1559-1560 upon the order of “Magosa Conqueror” Iskender Pasha, one of Sultan Süleyman I’s viziers.

Gazi Iskender Pasha Mosque which was endowed by İskender Pasha was built in the village of Kanlıca in 1559-60. It was a part of a complex consisting of a mosque, madrasa, bath house and tomb but in 1925, because of the construction of a road, the buildings around the mosque are vanished. All that remains now is the mosque and the tomb.

It has a wooden portico and stone walled courtyard, and in the grounds are the tomb of the founder and a horologe room. With 11.25 x 15.7 m as the approximate dimensions, the mosque is an example of rare roofed examples by Sinan. After the renovation of 1850, the mosque lost its features. Sadık Rıfat Pasha added a Muvakkithane (Timekeeping Room) in 1857.

Iskender Pasha Tomb behind the mosque was built of cut stone and in a rectangular plan by Sinan the Architect in 1571. The tradition of building the patron’s tomb in front of the kiblah wall, was not followed here. His son Ahmet Pasha was buried within the same tomb at a later date.

After the earthquake in 1895, its muqarnas-galleried stone minaret was renovated. Before, the mosque was covered with a dome but it was restored and now it has a lead-covered wooden roof. The façade of the latecomers’ porch is covered with wooden covering.

The Primary School was restored in 1897. The building, subsequently abandoned following the law of Unification of Education in 1924 was then converted into the police station in 1938.

They have gone through a restoration in 2000 and they are now in good condition and are well maintained. The workmanship in the construction of the minaret gallery is highly refined and deserves study attention and study.

These scripts and photographs are registered under © Copyright 2018, respected writers and photographers from the internet. All Rights Reserved.
Posted by ISTANBUL, Extended On Two Continents at 9:26 AM