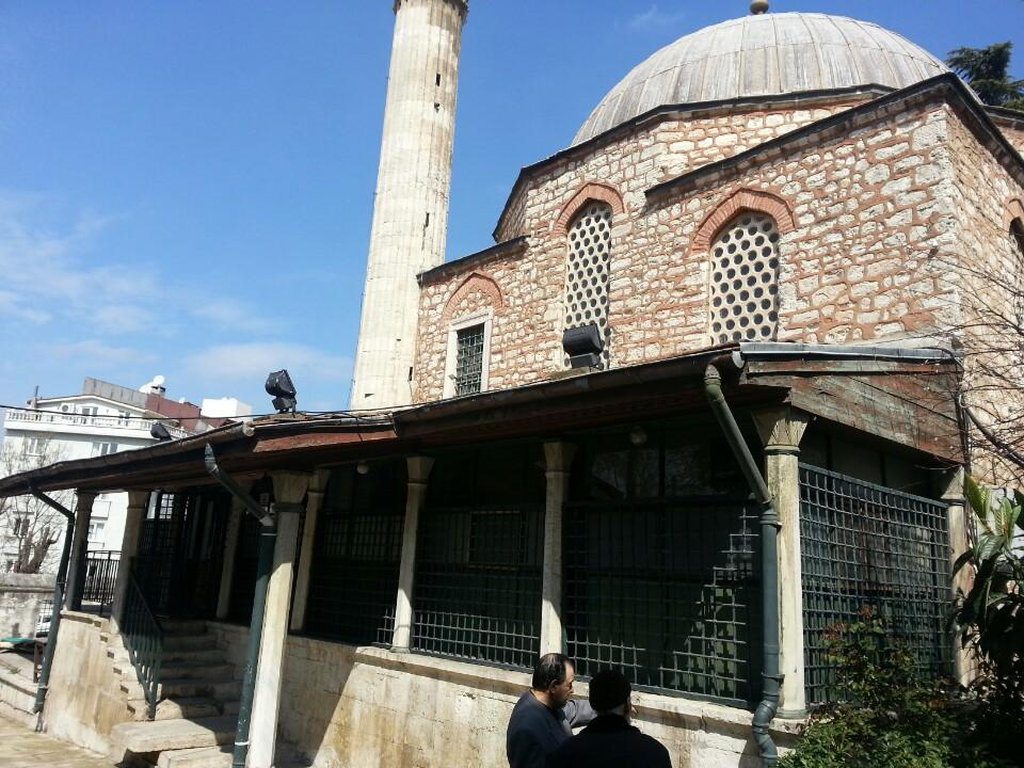 Çinili Mosque (known as Tiled Mosque or Orta Valide Sultan Mosque) was built by Mahpeyker Kösem Sultan, the wife of Sultan Ahmed I, in 1640. The architect Kasım Ağa designed the mosque along with a medresse, school, fountain, baths with two sections, and a fountain for ablutions.

This little mosque is fairly unprepossessing from the outside, but the interior is a totally different story. The walls are brilliant with İznik tiles, the bequest of Mahpeyker Kösem (1640), wife of Sultan Ahmet I and mother of Sultan Murat IV and Sultan İbrahim. It’s a 10-minute walk to get here from the Atik Valide Mosque. That social complex built in 1050 IC/1640 AD and composed of several buildings was situated at the top of a commanding hill.

The minaret was damaged due to streak of lightning in 1964. With a 9 m dome diameter, the mosque measures 9.12 x 9.16 m in to in. Sıraltı Kütahya tiles, used in the decoration, are considered as the final examples of classical Turkish art of tile making. Although the mosque is rather unremarkable from outside, the long walk to the mosque through will be rewarded by the exquisite interior decorations made by the famous Iznik tiles.

The mosque, in a pretty garden filled with flowers and trees, is small and simple: a square room covered by a dome, but it has both on the façade and in the interior a revetment of tiles (hence its name, çinili = tiled) just after the best period, but still quite fine, chiefly pale blue and turquoise on a white ground. Just outside the precinct is a handsome mektep, and not far off a large hamam also belongs to the foundation.

The mimber of white marble has its carving very prettily picked out in gold, red and green, and its conical roof is tiled. The porch of the mosque is a baroque addition, as is the minaret, of which the şerefe has a corbel of very pretty folded-back acanthus leaves, such as we have seen nowhere else. In the precinct is a very fine şadırvan with a huge witch’s cap for a roof, and a tiny medrese triangular in shape sloping headlong down hill.

The mosque was built by Mahpeyker Kösem Sultan, the wife of Ahmed I, in 1640. The architect Kasım Ağa designed the mosque along with a medresse, school, fountain, baths with two sections, and a fountain for ablutions. The bathhouse, which has no enameled tiles or ornaments at all, took its name from the Çinili Mosque. Across from the men's section is the Kösem Sultan School for children, across from the women's section is the dervish lodge of Ümmi Ahmet Efendi. This historical bath is still operational.

The bath without any tile decoration gets its name from the mosque. The bath operated until 1908 - 1909 and was kept closed for a substantial period following the fire of 1923. It passed into a private land. The bath came into operation again after restoration between 1963 and 1964.

Built of stone rubble, L planned madrasah was built by Mahpeyker Kösem Sultan along with the mosque in 1640 and was designed by the Architect Kasım Ağa. Closed in 1925, the madrasah was restored in 1970.

These scripts and photographs are registered under © Copyright 2018, respected writers and photographers from the internet. All Rights Reserved.
Posted by ISTANBUL, Extended On Two Continents at 9:07 AM