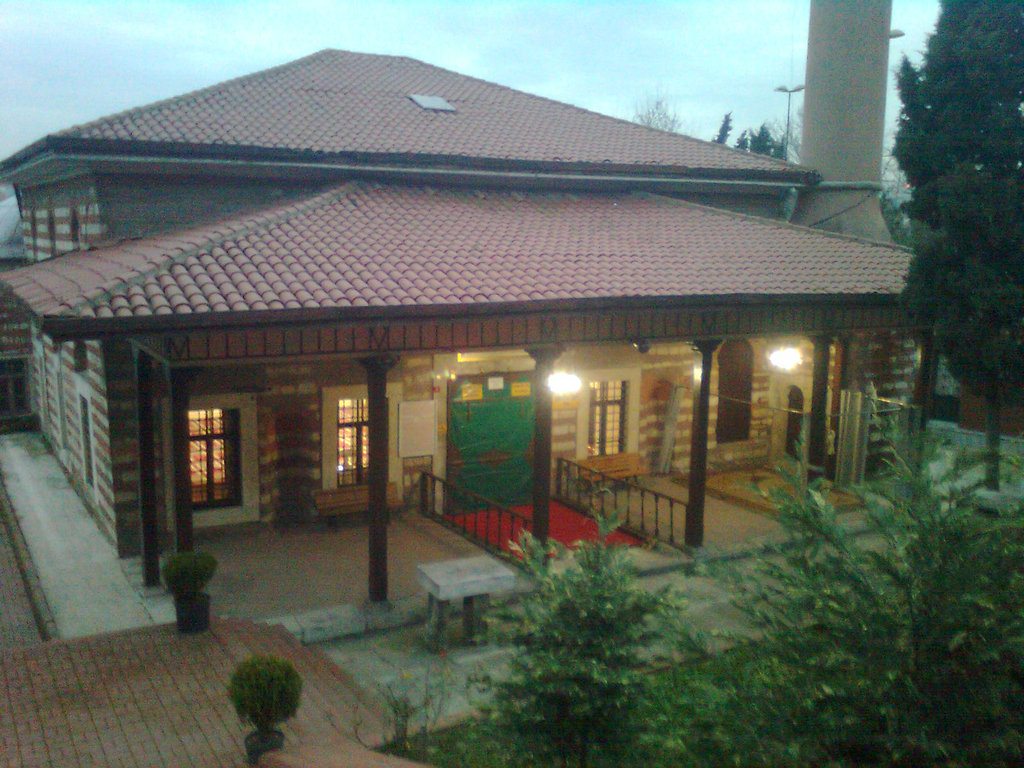 It is located in the Silahdarağa Avenue in Bahariye of Eyüp. This mosque is by the seaside on the Golden Horn (Haliç). It is about 300 m from the Eyüp boat landing. There were a group buildings, such as dervish lodge, school, tomb, living quarters, and dervish cells, all built in the name of Müsliheddin Musa Efendi, where this mosque is located.

You can enter the courtyard from the door that opens to the avenue. This temple is the work of Mimar Sinan. There is a small mihrap (niche) in the space in the late comers’ area over which there is a wooden roof supported by six wooden pillars.

Its minaret is on the right hand side and was repaired. There is a three-lined epigraph over the arched entrance of this square-planned temple. The temple was made of one row of brick and two rows of hewn stone. Its roof is covered with wood and bricks. It was built by Şâh Sultan.

Şah Sultan added the mosque here in 1555-1556, built by Sinan. In 1812, the Tomb of Merkezzade Şeyh Ahmet Efendi was added to its southeast corner. The ruins of the tomb of the original donor was later demolished during the restorations in 1953.

Şah Sultan (died 1572) was an Ottoman princess, daughter of Sultan Selim I and Ayşe Hafsa Sultan and sister of Sultan Süleyman I. She was raised in Manisa and married in 1523 to the future Grand Vizier and sufic Lütfi Pasha. Her spouse became Grand Vizier in 1539. The couple had two daughters. In 1541, she divorced her spouse, who was also deposed from his position.

The divorce took place on her initiative, allegedly because of her husband's adultery: adultery from the side of the husband was actually not accepted as ground for divorce according to Islamic law, which lead to a dispute. She had the Shah Sultan-mosque built in 1555-1556.

These scripts and photographs are registered under © Copyright 2018, respected writers and photographers from the internet. All Rights Reserved.
Posted by ISTANBUL, Extended On Two Continents at 12:26 AM