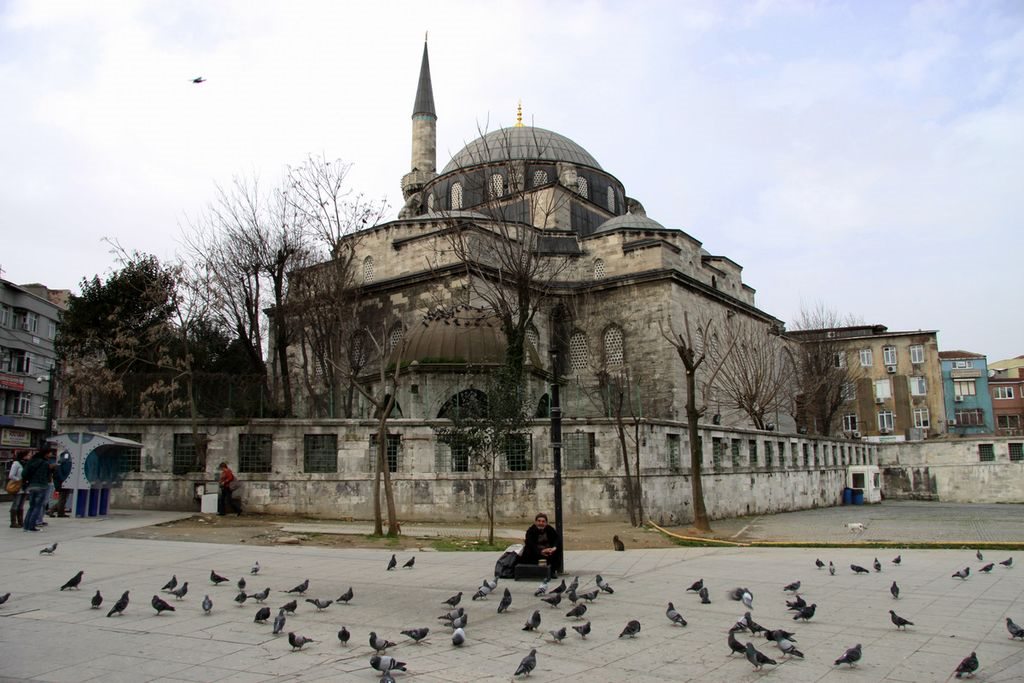 In Çemberlitaş on the Yeniçeriler street, this Complex is one of the oldest Ottoman buildings in İstanbul. It was commissioned in 1496 by the Ottoman Prime Minister (Vezir-i Azam) Hadım Atik Ali Paşa during the reign of Sultan Beyazit II (1481-1512).  The mosque is located near the entrance to the Kapalıçarşı (Grand Bazaar), Column of Constantine and the historical Nuruosmaniye Mosque.

It is thought that the complex consisted of amosque, a soup kitcken (imaret), a religious school (madrasa), a dervish lodge (tekke), a caravanserai, and a tomb. However, only the mosque, tomb, and madrasa continue to stand today. The mosque is the main element of the Atik Ali Paşa Complex. In the courtyard are marble gravestones dating do the 17th century and there is also a tomb, the history of which is unknown. The school is located in front of the mosque.

Today only the mosque, school and the tomb remain from the complex which also contained a soup kitchen, caravanserai, and Dervish lodge.

The mosque was built of cut-stone on a "reverse T" plan. The great dome measures 13.30 m in diameter and is 24 m high. Sixteen windows are placed on the lower part of the dome and window gaps are placed on the other domes contributing to the interior lighting of the mosque.

The dome rests on four elephant leg shaped columns, with four smaller and a half dome supporting the main dome. The altar and pulpit are carved from white marble, the assembly area has five domes with a single balconied minaret on the right hand side.

The central niche, with muqarnas showcasing Classical Ottoman architectural concepts, and the pulpit both are covered with black and white marble in order to protect their simplicity during the first years of construction.

During the earthquake of 1648, its dome was completely destroyed and its minarets partially collapsed. It was also damaged by the earthquakes which occurred in the years 1716 and 1766. Each time the mosque was has been erected again after being demolished by these earthquakes.

The last prayer section of the mosque, which is composed of cut stones, is covered by five domes. The mosque also has a space of 21.55 x 28.13 m. The central dome of the mosque, measuring 13.30 m in diameter, forms the ceiling of the structure and is supported by a half-dome and four smaller domes.

As for to the mosque’s minaret, with its single shrefe (balcony), it has lost its original shape after the earthquake in 1648. It is unknown for whom the tomb was built, and the graveyard of the complex is located in the corner of the street wall. During road broadening works in 1880, the front part of the Madrasa (religious school), one other building of the complex which has stood until today, was demolished and two rooms were later added.

In the courtyard are marble gravestones dating do the 17th century and there is also a tomb, the history of which is unknown. The school is located in front of the mosque.

These scripts and photographs are registered under © Copyright 2018, respected writers and photographers from the internet. All Rights Reserved.
Posted by ISTANBUL, Extended On Two Continents at 6:25 AM