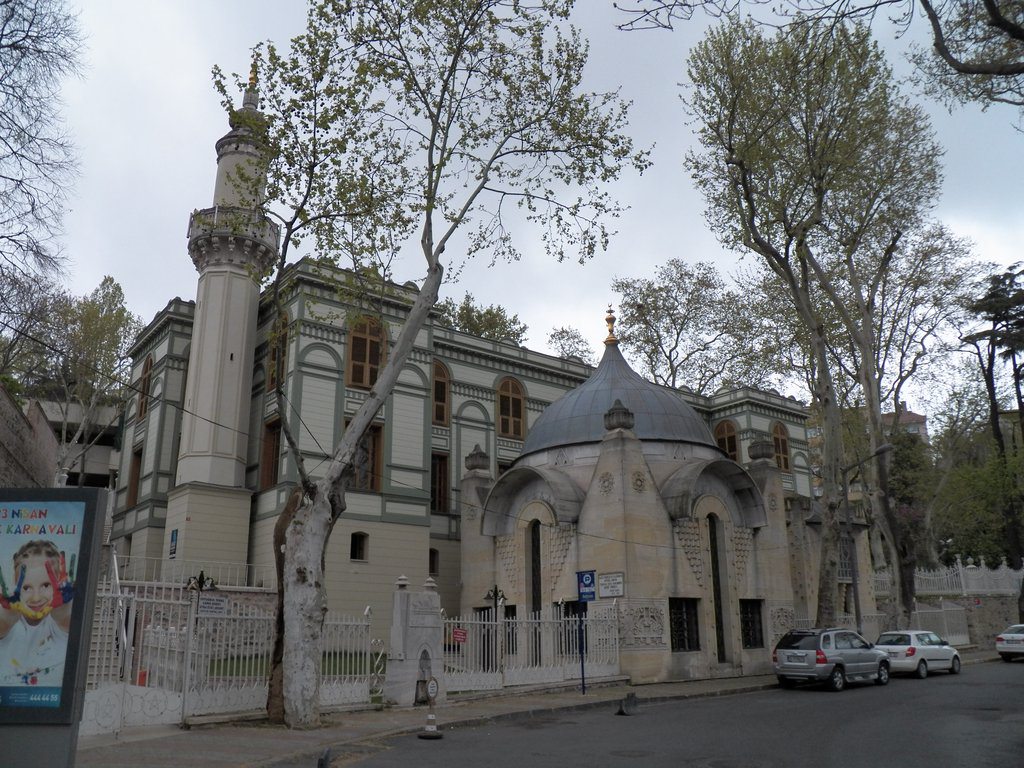 The Ertuğrul Tekke Mosque, (Turkish: Ertuğrul Tekke Camii), is an Ottoman imperial mosque located in Yıldız neighbourhood, Serencebey rise of Beşiktaş district in Istanbul, Turkey. A late Ottoman period mosque, it is constructed as a külliye consisting of a tekke, guest house, türbe, fountain, and library in addition to the mosque.

The construction of the mosque and the külliye complex is commissioned by Ottoman Sultan Abdülhamid II, and finished in 1887. It is dedicated to the founder of the Medeni branch of Shadhili (Turkish: Şaziliye) tariqa, a Tunisian sufi, Sheikh Hamza Zafir. The mosque is named after Ertuğrul Gazi, the father of the founder of the Ottoman Empire, Sultan Osman I as a commendation to him.

The name also comes from the Ertuğrul regiment, a royal palace guard regiment who is compromised of Turks from the Domaniç region. Initially the complex only consisted of the mosque, tekke, and the guesthouse.

After the death of Sheikh Hamza Zafir in 1903, his türbe is constructed next to the mosque by the Italian architect Raimondo D'Aronco between 1905 and 1906. The library and the fountain are also added in this expansion. After the passing of Sheikh Hamza Zafir, his two brothers Muhammed Zafir Efendi and Beşir Zafir Efendi became the Sheikhs of the tekke. They are also buried in the türbe next to their elder brother.

The complex is mainly built as a guesthouse to various sheikhs and Islamic scholars that visits Istanbul from the Islamic world in an effort to strengthen the power of the position of the Caliphate in the Islamic world.

After the abolition of tekke's in 1925, the mosque and tekke are closed and the two guesthouse buildings are used as a primary school, Şair Nedim Primary School. Due to extensive wear over the years, all the buildings are closed in 1960. The mosque has been restored between 1969 and 1973 by the General Directorate for Foundations of the Republic of Turkey and it is opened to public in 1973.

Recently, all the buildings except the guesthouses have undergone through another restoration process. The restoration is started in 2008 and lasted for two years. The mosque and türbe opened to the public on 21 May 2010 by President Abdullah Gül. As of 2010, both the guesthouses are currently in a ruined state and are not used.

The mosque and the guesthouses are wooden constructions and represents the classical architecture of the late Ottoman period. The tomb, library, and the fountain are built in the Art Nouveau style.