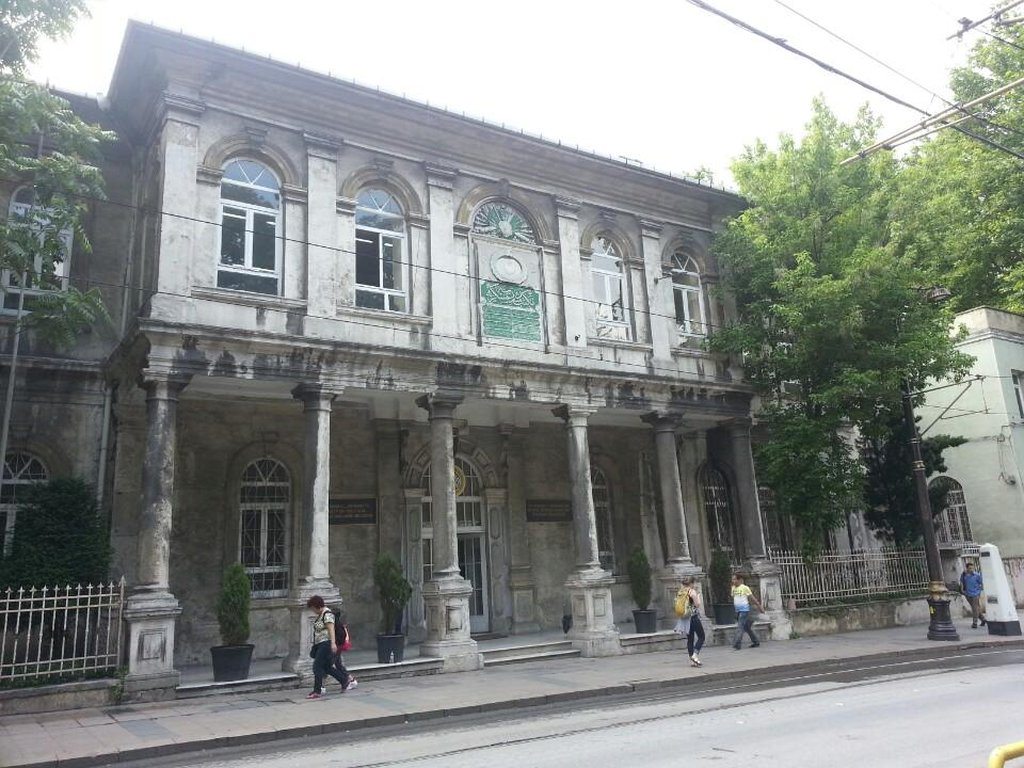 The building has been originally designed by Gasparo Trajano Fossati, and built between 1841 and 1843. The building was conceived to house the Hospital of the Ministry of War (Bab-ı Seraskeri Hastanesi).

Fossati was a Swiss-Italian architect who had designed the Russian Embassy in Pera/Beyoğlu, and who later conducted the works of restoration in Hagia Sophia. The central building of the university had been established two decades later, between 1867 and 1874, to house the Ministry of War and the General Command. In the last quarter of the nineteenth century,

The statue that is located at the entrance hall of the faculty has been designed in the 1980s by Ahad Hüseyni, a sculptor of Iranian origin. It consists of the figure of an old, lonely man holding a globe in the end. The globe symbolizes the difficulties and catastrophes that haunt the world. The face of the figure expresses hope from one side, and hopelessness from the other side.

These scripts and photographs are registered under © Copyright 2018, respected writers and photographers from the internet. All Rights Reserved.
Posted by ISTANBUL, Extended On Two Continents at 2:13 PM