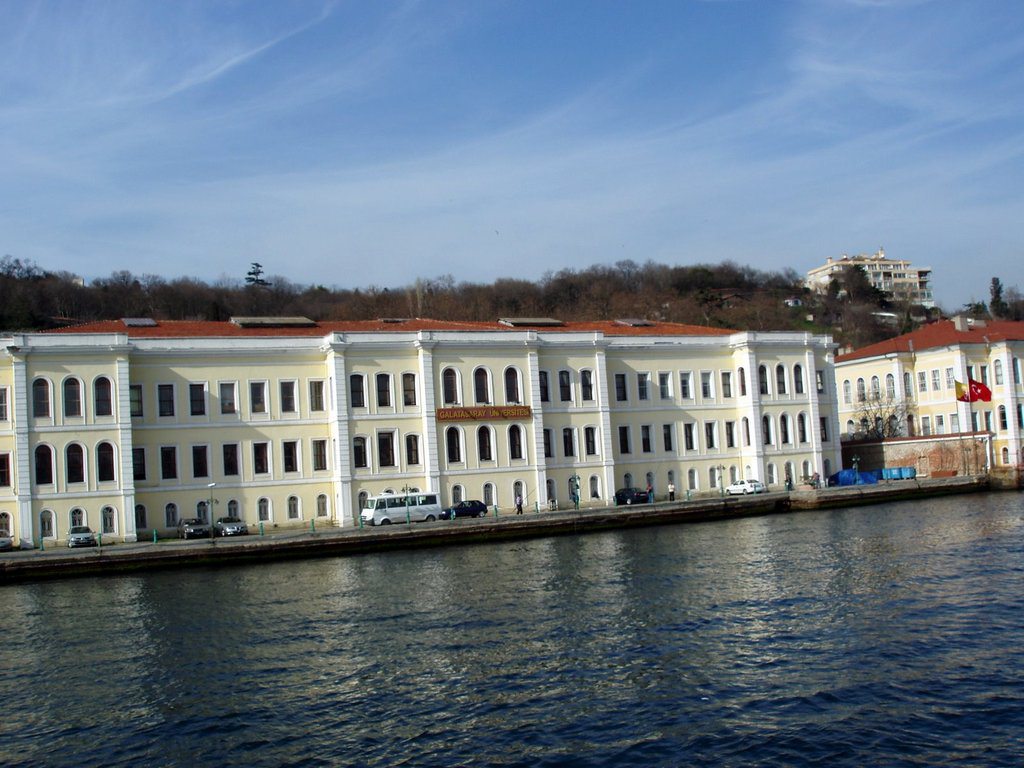 The Feriye Palace (Turkish: Feriye Sarayı) is a complex of Ottoman imperial palace buildings along the European shoreline of the Bosphorus strait in Istanbul, Turkey. Currently, the buildings host educational institutions such as a high school and a university.

The palace complex was commissioned by Sultan Abdülaziz (reigned 1861-76) in 1871, and designed by architect Sarkis Balyan. The buildings were built to meet the need of the extended family members of the imperial court for residence.

The palace, which was constructed in addition to Dolmabahçe Palace and Çırağan Palace, took the name "Feriye" meaning "secondary" or "auxiliary" in Ottoman Turkish language. It consists of three main buildings on the waterfront, a ward for concubines, a small two-story building and outbuildings on the backside.

On May 30, 1876, Sultan Abdülaziz was deposed by his ministers. He moved to Feriye Palace at his own request after a four-day stay in Topkapı Palace. Shortly after, he was found wrists cut at Feriye Palace. This was documented as a suicide at the time.

Various members of the Ottoman imperial court resided in Feriye Palace until March 3, 1924, the abolition of the Ottoman Caliphate by the parliament of the newly founded Republic of Turkey. The buildings remained vacant for a period of time following the external deportation of the last caliph Abdülmecid II together with the court members.

The Galatasaray Education and Training Institution was transformed into a university on June 6th, 1994, and received the name of “Galatasaray University” as a state university in accordance with its legal status.

Despite having received the university status, the institution kept the character of being an integral education and training institution, and Galatasaray High School and Galatasaray Primary School connected to it were also identified as education units affiliated to the Rectorship.

These scripts and photographs are registered under © Copyright 2018, respected writers and photographers from the internet. All Rights Reserved.
Posted by ISTANBUL, Extended On Two Continents at 8:00 AM