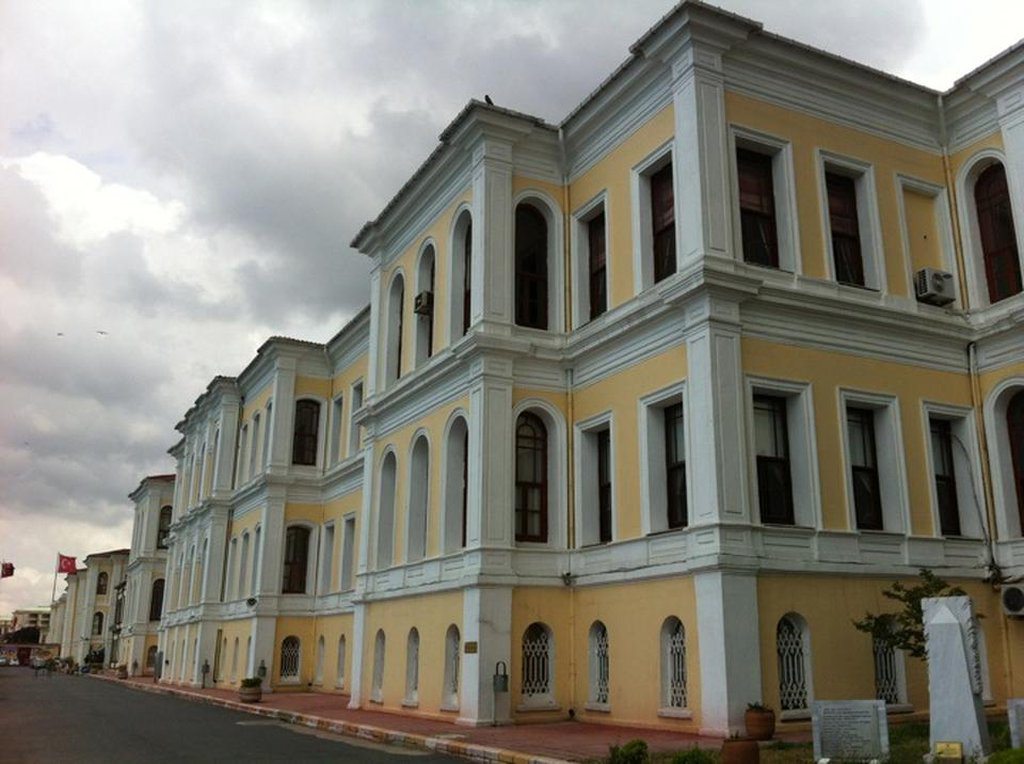 Kabataş Erkek Lisesi or Kabataş High School (Ottoman Turkish: Kabataş Mekteb-i İdâdisi) is one of the oldest and the most prominent high schools in Turkey. It is located in Ortaköy at Bosphorus in Istanbul. Kabataş Mekteb-i İdadisi had served to raise qualified leaders for the Ottoman Empire for 15 years.

After Turkey became a republic in 1923, the institution became a standart high school with its new name: Kabataş Erkek Lisesi. Owing to the inadequecy of the building used by the school, Kabataş Erkek Lisesi had to move to the nearby Feriye Palaces, where the relatives of Sultans - the royal families - had previously been accomodated. Feriye Palaces are known for not only their fascinating view of the Bosphorus but also an unfortunate event, the imprisonment and alleged murder of Sultan Abdülaziz II, which took place in the buildings.

Since we referred to royalty, we would also state that our school is literally set on royalty. Being part of the “Feriye Palaces” complex where relatives of Ottoman Dynasty used to accomodate, presently split up between different institutions like Galatasaray University beside us, our school literally is a palace by Bosporus.

Later in the first half of the 20th century, the Dormitory and the Dining Hall were added to the buildings of Kabataş Erkek Lisesi as well as the building that contained the Conference Hall and the laboratories.

Its long-standing and prestigious past would be on the lead, as much as being open to innovations in all areas and possesing a topline student profile. Established in 1908, being older than the Republic Of Turkey, Kabataş Erkek Lisesi has always been known for its alumnis and teachers being useful for the country and the planet, its traditions which are definitely well-preserved by its students and of course for its Bosporus-overlooking location which makes secondary school students dream themselves.

As it graduated that much significant people, our school has also witnessed numerous events of importance. 2008 was a year full of ceremonies and festivities as our school became centanarian. Suiting our honourary title “royal”, Queen Elizabeth II of United Kingdom paid a visit with her husband Prince Philip, the Duke of Edinburgh during their Turkey trip and honoured us by making her speech at our schoolyard. There couldn’t be any better place to make that kind of a speech than somewhere like our school with the magnificent view of Bosporus, anyway.

"Feriye Karakolu", which is located within the Feriye Palaces complex, built in the second half of 19th century, has been restored with the contributions of Sabanci Foundation. The building is commissioned in 1995 as Kabatas High School Educational Foundation Sabanci Cultural Complex for educational and cultural purposes.

The usage rights of the Cultural Complex is 12.311 square meters of area and it has a closed area of 6.086 square meters.

Inside the Complex, there is Cahit Kocaomer Library with 40,000 books, 3 movie theaters, each with 400-seat capacity, music rooms, each with 40-person capacity, for musical studies, special days and functions, and a kindergarten with a capacity of 55 children.

Due to his contributions to the construction of the Cultural Complex, a bust of late Sakip Sabanci was erected in the garden to perpetuate his memory and unveiled on April 10, 2015 which is the 11th anniversary of his death.

These scripts and photographs are registered under © Copyright 2018, respected writers and photographers from the internet. All Rights Reserved.
Posted by ISTANBUL, Extended On Two Continents at 8:34 AM