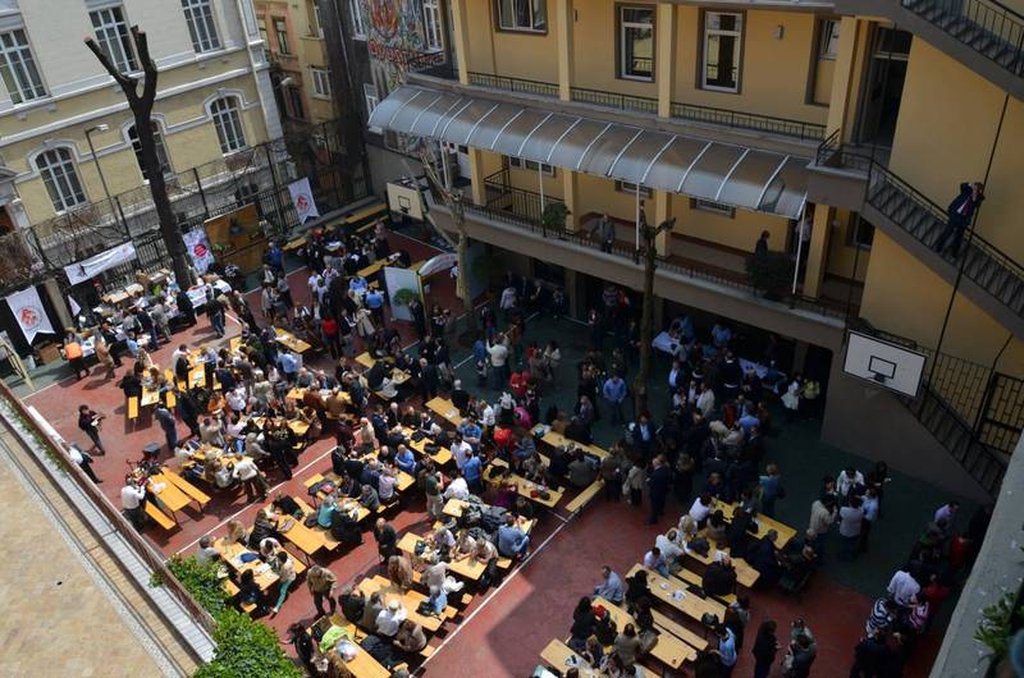 St. George's Austrian High School (Turkish: Sankt Georg Avusturya Lisesi, German: Österreichisches Sankt Georgs-Kolleg) is a private Austrian-Turkish high school located in Istanbul, Turkey. It is one of several secondary schools that were founded by European or American missions in Turkey during the 19th century, but were then secularized after the founding of the modern Turkish Republic in 1923.

Today, the school is subject to regulation by the Turkish Ministry of National Education, and almost its entire student body is Turkish, but a large part of its administrative and teaching staff remains Austrian (appointed by the Austrian Ministry of Education, Arts and Culture), and it offers a mixture of Turkish and Austrian curricula in a bilingual environment.

Sankt Georg was founded in 1882 by Austrian Lazarists and was originally intended for German-speaking Catholic children living in the Ottoman Empire. After the Ottoman (and Austrian) defeat in World War I, the school was ordered closed by the occupying Triple Entente forces in Istanbul, and all of its staff was sent back to Austria. The school was reopened shortly afterwards when the Republic of Turkey was founded (1923).

After the annexation of Austria by the Nazi Germany in 1938, the school turned into a "German school" and it was closed once again in 1944, due to the freezing of relations between Turkey and Germany. It was reopened in 1947. In 1995, the girls' and boys' schools were merged.

Aside from these two languages, students can choose either Latin or French as their third foreign language. Most subjects (including math, sciences, philosophy and arts) are taught in German by Austrian teachers, but subjects related to Turkish culture and language (such as Turkish literature, history and geography) are taught in Turkish by Turkish teachers. Students learn German in a compulsory one-year preparatory program.

Turkish high school diploma (Lise diploması)
Austrian Matura: Students wishing to pursue their tertiary education at universities in Austria, or in the European Union, have the right to sit the Austrian Reifeprüfung examination at Sankt Georg. Once students pass the examination, they obtain the Matura certificate, which is equivalent to International Baccalaureate (IB).

School library
The current school library opened in 1988, after 2 small libraries within the school building were brought together. As of 2006, it contains more than 16,000 books, 20 periodicals/magazines in Turkish, German and English, and CDs/DVDs.

Alumni
Alumni of Sankt Georg gather every year in the last week of April at a re-union called "Strudeltag". Another annual re-union is organised around May in Vienna, which is intended for the graduates of Sankt Georg living/studying in Austria or in other European countries.

These scripts and photographs are registered under © Copyright 2018, respected writers and photographers from the internet. All Rights Reserved.
Posted by ISTANBUL, Extended On Two Continents at 3:43 AM