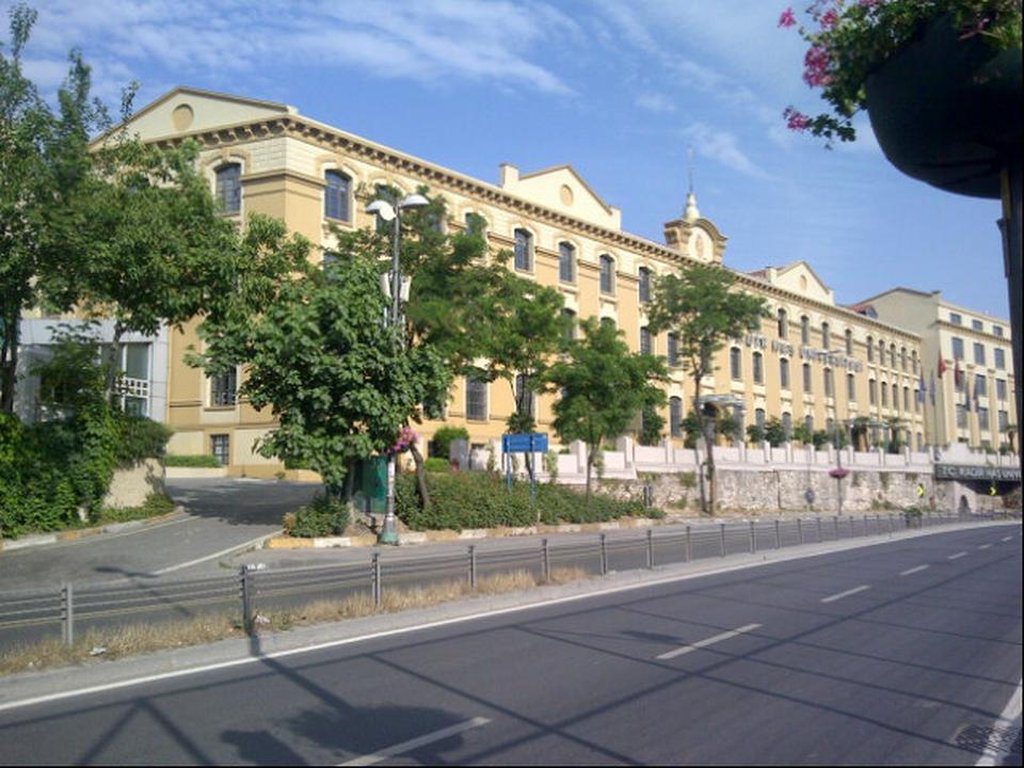 Behind ancient Byzantine walls stands the oldest part of Istanbul. These ramparts distinguish and define Cibali, the neighborhood where Kadir Has University's main campus is situated. It is only a few meters away from the Haliç, the harbor inlet known to English speakers as "the Golden Horn," since Ottoman times.

Cibali takes its name from the time of the conquest of Istanbul when, according to common belief, a soldier from Bursa named Cebe Ali Bey entered the city by breaking through the rampart doors. Since that time this entryway into the city has been called Ali Bey, and the neighborhood, Cibali.

Located nearby, in the present neighborhood of Unkapanı, was the Zeugma, a port which opened into the city's economic center during the Ottoman era and which continued to be used until the 19th century. Activity around the Zeugma brought liveliness to the surrounding area, but Cibali also benefited from this hustle and bustle: Ottoman warehouses and caulkers along the Haliç shore of Cibali gave witness to the flourishing businesses in that part of the area.

In earlier times Cibali's harbor called the Puteae, or Porto del Pozzo, was lined with warehouses bursting with goods destined for the consumers of Istanbul. The passageways through the Cibali gates were instrumental in getting these goods from the port and into the city. After the conquest the Cibali area started to develop. Cibali became a favorite of sea captains and famous seafarers like Murad Reis, Mustafa Paşa and Kemal Reis all had mansions in the neighborhood.

Two factors link Cibali with Istanbul's identity : fire and tobacco. As Cibali was a trade centre and there were many caulkers using flammable materials in the construction of ships, there were, of course, many fires. If there were northeast winds, these fires, both outside and inside the Haliç walls, represented a clear danger, especially because the city at that time was composed of so many wooden houses.  During this time many of the larger conflagrations were called "Cibali fires".

The Cibali Tobacco Factory, founded in 1884, was an important institution that changed the neighborhood socially and economically. Around the turn of the century its large factory building housed both tobacco processing and cigarette production. There were several reasons for locating such a large factory in this small neighborhood. At that time tobacco customs were collected in that area and many people who supplied the factory's manpower lived nearby.

Indeed, if we look at the many photographs taken during the 1900s that document the life of the factory, the picture is quite remarkable. There were 1500 women and 662 men (a total of 2162 people) working there. The Tekel Cibali Cigarette Factory was, in fact, a small town complete with local police and civil servants, hospitals, a day care centre, grocery stores, schools, a fire department, sport facilities, trade unions, and restaurants.

On March 1, 1925, after forty years of French administration and with the establishment of the republic, the control of the factory passed to the state. For many years the factory processed, stored and sold tobacco. Then in 1995 the factory, most of which by that time had been shut down, was totally abandoned.

In 1997, the Finance Ministry handed the buildings over to Kadir Has University. Dr. Mehmet Alper was appointed architect in charge of restoration and renovation of the factory buildings into a university campus. In March 1998 the work began. Working together with university planners, the architects in charge of the restoration have taken great care to preserve the original character and architectural integrity of the buildings, while at the same time enhancing the space to suit the university's needs.

Kadir Has University (KHU) was founded in 1997, in Istanbul. The university, with its five faculties of Engineering and Natural Sciences, Economics and Administrative Sciences, Communication, Law and Fine Arts, as well as its several vocational schools, is dedicated to becoming a leader in educational and cultural fields in Turkey, as well as establishing itself as an international center for research and scientific development.

Between 1998 and 2002, the Tekel Cibali Cigarette Factory was transformed, by the Kadir Has Foundation, from a warehouse that produced and sold tobacco into an institution of higher learning. After four years of restoration work, Kadir Has University Cibali campus officially opened its doors on February 13, 2002. Now the new KHU campus combines elegant facades, sunny atria, and large, airy interiors with quality education and research facilities.

Thus, the new campus of KHU represents a major step in fulfilling the university's mission of building a future out of the country's past, by establishing in the heart of Istanbul a hub where culture, education and scientific research meet to address the changing needs of Turkey and the world.

The interior of Kadir Has University’s Cibali campus measures over 45,000 square meters, with classrooms, labs, and the university’s central library, in addition to faculties, institutes, the rectorate and deans' offices.

These scripts and photographs are registered under © Copyright 2018, respected writers and photographers from the internet. All Rights Reserved.
Posted by ISTANBUL, Extended On Two Continents at 2:05 PM