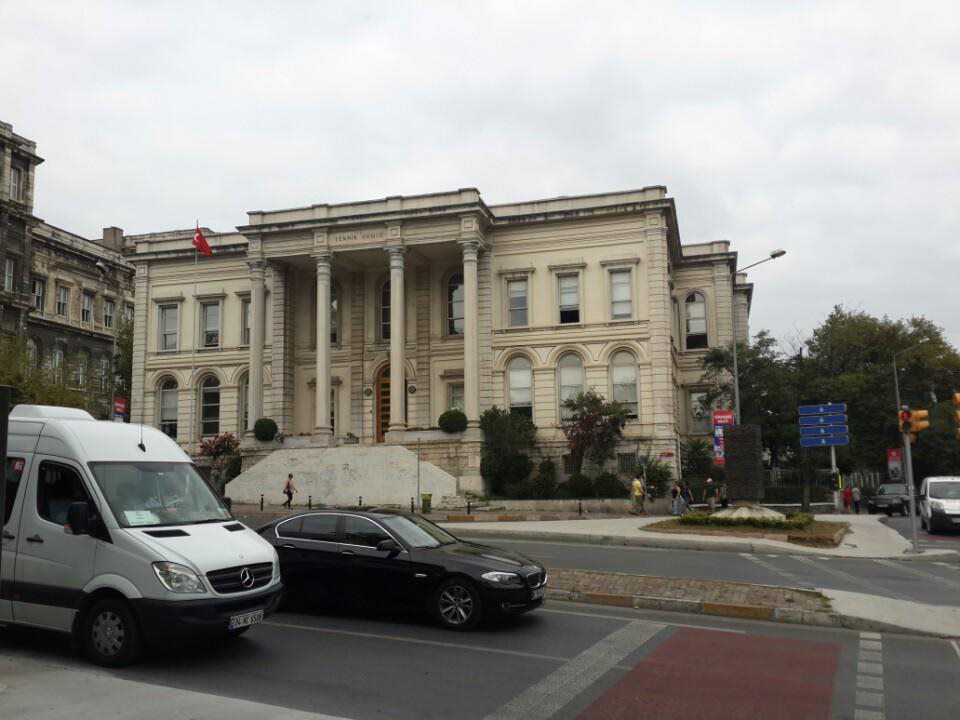 A building of the Istanbul Technical University Maçka Campus, and has been built as an administration office of the Maçka Artillery (Silahhane) next to it. The whole building complex has been constructed by the two members of the famous emperial architecture family, Simon and Sarkis Balyan between 1861-1862.

The innovative actions taken to reform the political, military, economic and social structures of the Ottoman Empire during the Westernization period, as a struggle for imperial salvage through transformation, influenced new trends in architecture in the 19th century. Thus promoting the rise of a new military architectural style, the military buildings constructed in the Ottoman capital İstanbul stood out as symbols of the new era by means of novelty in size, typology and architectural features.

After the fall of the Empire and the establishment of new government, public buildings and monuments attributed to the previous period were transformed and re-used under the influence of the Modern Movement trend, as a new attitude toward nation-building in the mid-20th century. Hence, most of the military buildings of the Westernization period in Istanbul were renovated to be used as new public buildings by way of change in function, use of space and structure.

As being one of the 19th century military buildings constructed in Istanbul, the Maçka Armory has been a significant monument symbolizing the dominance of Westernization period in the Ottoman architecture. It is an important example of Neoclassical Architecture in İstanbul. The Maçka Karakolu is a two-storey building and has been handed over to the Command of Gendarmerie at the end of Ottoman period.

During the Republic era, it served, respectively, as a school of shipping, artillery, engineering and gendarmerie. In 1956, the building was given under control of the Ministry of Education, which then allocated to the Istanbul Technical University, and served as a Technical School until 1977.

Since then the building has been hosting the administration offices of the Business Administration Faculty. The complementary building blocks containing classrooms have been built at the beginning of the 1970s.

These scripts and photographs are registered under © Copyright 2018, respected writers and photographers from the internet. All Rights Reserved.
Posted by ISTANBUL, Extended On Two Continents at 3:45 AM