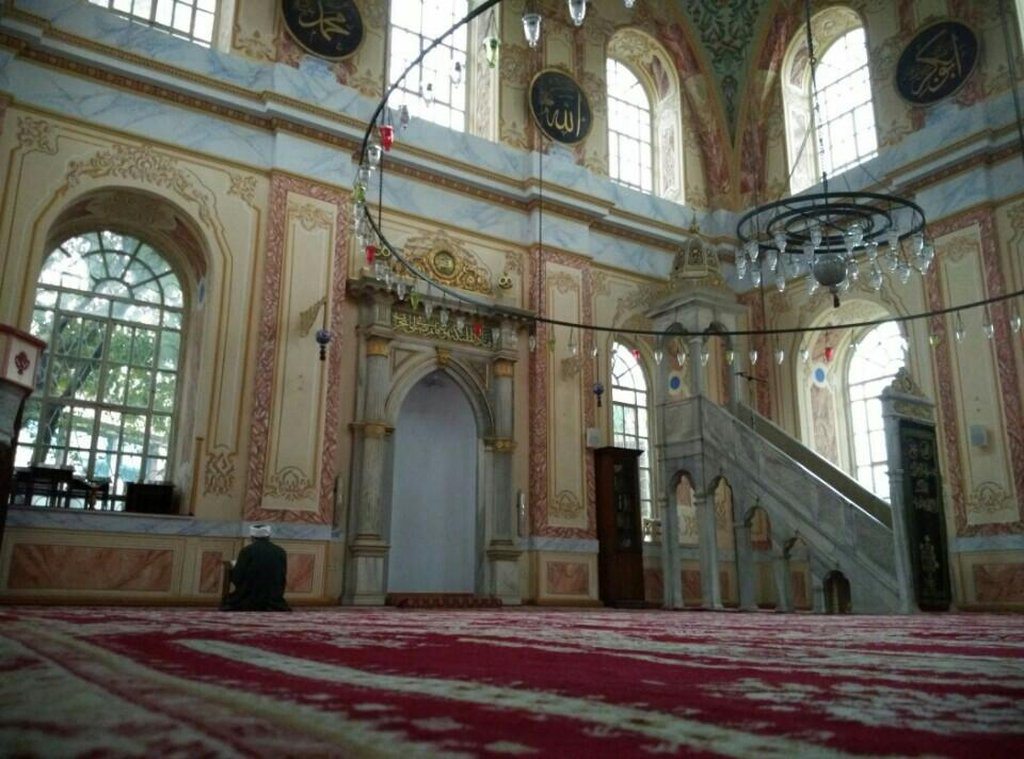 Built by the commander in chief, Altunizade İsmail Zühdü Paşa, who was also a deputy of the senate in 1865, in Üsküdar, the site surrounded by Koşuyolu and Ismail Pasha Street.

It was built as a complex consisting of a Turkish bath, school, clock room, fountain and a row of stores that would act as an income for the mosque. The school and most of the stores have not survived until today, and the bath is derelict.

The mosque measures  17 x 22  m in to in. Used as a house, the two-storey Sıbyan (Juvenile, Children) School has separate classes for girls and boys. The small bath of the complex is getting ruined.

İsmail Efendi formed a body of voluntary troops for the War of 1877-78 between the Ottoman Empire and Russia. He supplied food, guns and clothing for them and to sustain their families. The flag belonged to the voluntary corp of the troops. Unfortunately, the flag in the mosque niche has been stolen recently. It used to be a very valuable souvenir:

These scripts and photographs are registered under © Copyright 2018, respected writers and photographers from the internet. All Rights Reserved.
Posted by ISTANBUL, Extended On Two Continents at 3:56 AM