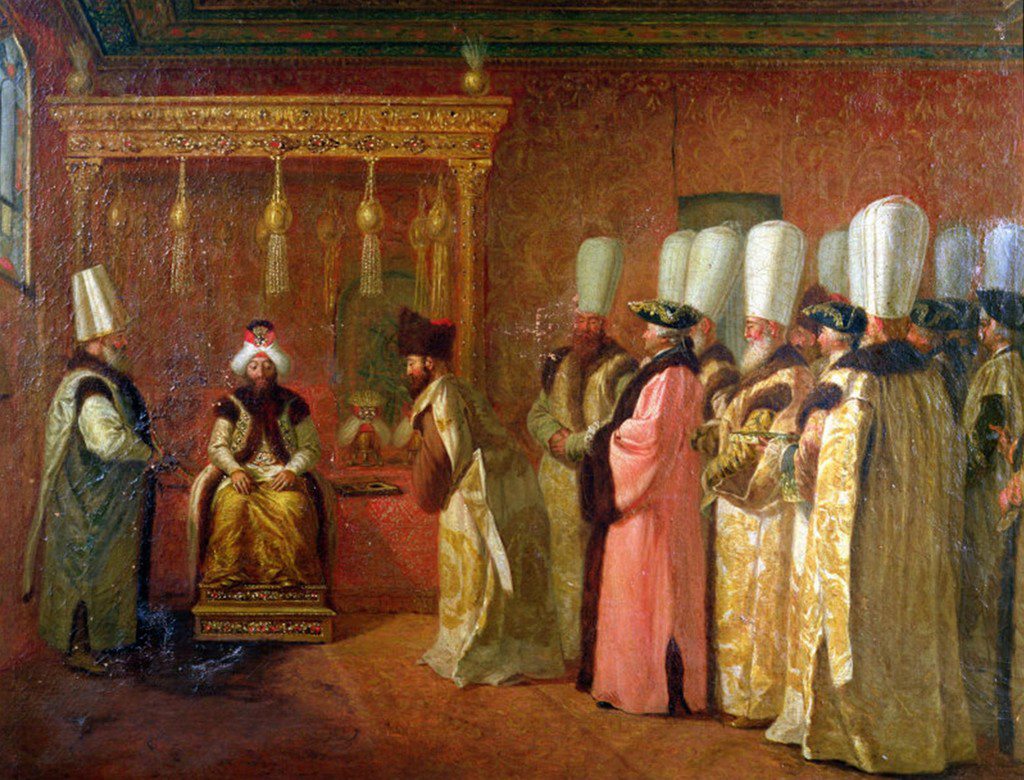 Hasoda which was built as the sultans’ private department in Fatih Sultan Mehmed period, is double - storied and has four places. The place in entrance was named Şadırvanlı Sofa due to the marble fountain under Kubbe Altı. The other two parts of the four places was designed as two rooms with dome which are connected to one another and the hall by the doors. The domed chamber is supported by pillars, some of Byzantine origin since a cross is engraved on one of them.

The Dormitory of the Royal Pages (Hasoda Koğuşu) houses the Imperial Portraits Collection (Padişah Portreleri Sergi Salonu) is located in the, which were part of the Sultan's chambers. The painted portraits depict all the Ottoman sultans and some rare photographs of the later ones, the latter being kept in glass cases. The room is air-conditioned and the temperature regulated and monitored to protect the paintings.

Since the sultans rarely showed themselves in public and in order to respect Islamic sensitivities surrounding the artistic depictions of humans, the earlier portraits of them are actually only an idealisation, they do not reflect the reality. Only starting with the rule of the moderniser Sultan Mahmud II and his modern reforms were realistic portraits of the rulers made. An interesting feature is a large painted family tree of the Ottoman rulers.

Adjacent to the north of the Imperial Treasury lays the pages dormitory, which has been turned into the Miniature and Portrait Gallery. On the lower floor is a collection of important calligraphies and miniatures. In the displays, one can see old and very precious Qur'ans (12th to 17th centuries), hand-painted and hand-written in Kufic, and also a Bible from the 4th century, written in Arabic.

The room is air-conditioned and the temperature regulated and monitored to protect the paintings. Since the sultans rarely appeared in public, and to respect Islamic sensitivity to artistic depictions of people, the earlier portraits are idealisations. Only since the reforms of the moderniser Sultan Mahmud II have realistic portraits of the rulers been made. An interesting feature is a large painted family tree of the Ottoman rulers.

After the second half of the 18th century, the miniature technique lost favor in the Ottoman court, and was eventua1Iy superceded by European artistic techniques.There are a total of 37 portraits of the Ottoman Sultans in the Palace, executed by Western and local artists in European portrait style. Some of these portraits have remained in the Palace since their execution, while others were acquired later by purchase. The artists are only known in relatively few cases.

No Ottoman sultan commissioned a portrait prior to Sultan Mehmed II (r. 1441–46, 1451–81); for this reason, portraits of the six sultans who ruled before this time were done either according to descriptions of the sultans found in historical texts, or were entirely imagined. Most of the sultans who assumed the throne after Sultan Mehmed II commissioned portraits of themselves.

Those portraits done according to the style of the miniatures tradition by artists working in the miniatures workshop of the organization of palace craftsmen (ehl-i hıref)—an organization of which all palace craftsmen were members—reflect the physical characteristics of each sultan in a highly realistic manner. The most important factor in this realism was the fact that the artists who did these portraits—most of which were commissioned by the sultans themselves—had the opportunity to see the sultan up close and personal.

Apart from Ottoman artists, there are also numerous sultans’ portraits done by European painters; these Western painters would do their portraits based either on miniatures or early engravings, or on their own imaginations, depicting the sultans in a manner suitable to the European image of the Ottomans.

There were, however, some painters who came as part of the retinue of travelers or ambassadors to the Ottoman lands, and these painters had the opportunity to see the sultans at close range—whether during the ceremony of paying the trimonthly stipend to the sultan’s household soldiers, the Friday service, or various other ceremonies such as holiday festivities—which allowed them to paint more realistic portraits of the sultans.

Moreover there are many more portraits of other Sultans to see including one of Sultan Selim III by Constantin Kapıdağlı. The same artist produced a series of sultan portraits on royal request, of which those of Sultan Süleyman II, Ahmet II, and Mustafa II. Sultan Mehmet V (Reşat) was portrayed by an Austrian artist, the Viennese painter w. Krausz, while the last sultan, Sultan Vahdettin, is represented in a portrait copied from a miniature ivory by the local artist Yaşar Çallı. The other paintings in the collection are anonymous.

A priceless item of this collection is the first world map by the Turkish admiral Piri Reis (1513). The map shows parts of the western coasts of Europe and North Africa with reasonable accuracy, and the coast of Brazil is also easily recognizable.

The upper part of the gallery contains 37 portraits of different sultans, most of which are copies since the original paintings are too delicate to be publicly shown. The portrait of Sultan Mehmed II was painted by the Venetian painter Gentile Bellini. Other precious Ottoman miniature paintings that are either kept in this gallery, the palace library or in other parts are the Hünername, Sahansahname, the Sarayı Albums, Siyer-ı Nebi, Surname-ı Hümayun, Surname-ı Vehbi, and the Süleymanname among many others.

These scripts and photographs are registered under © Copyright 2018, respected writers and photographers from the internet. All Rights Reserved.
Posted by ISTANBUL, Extended On Two Continents at 3:13 AM