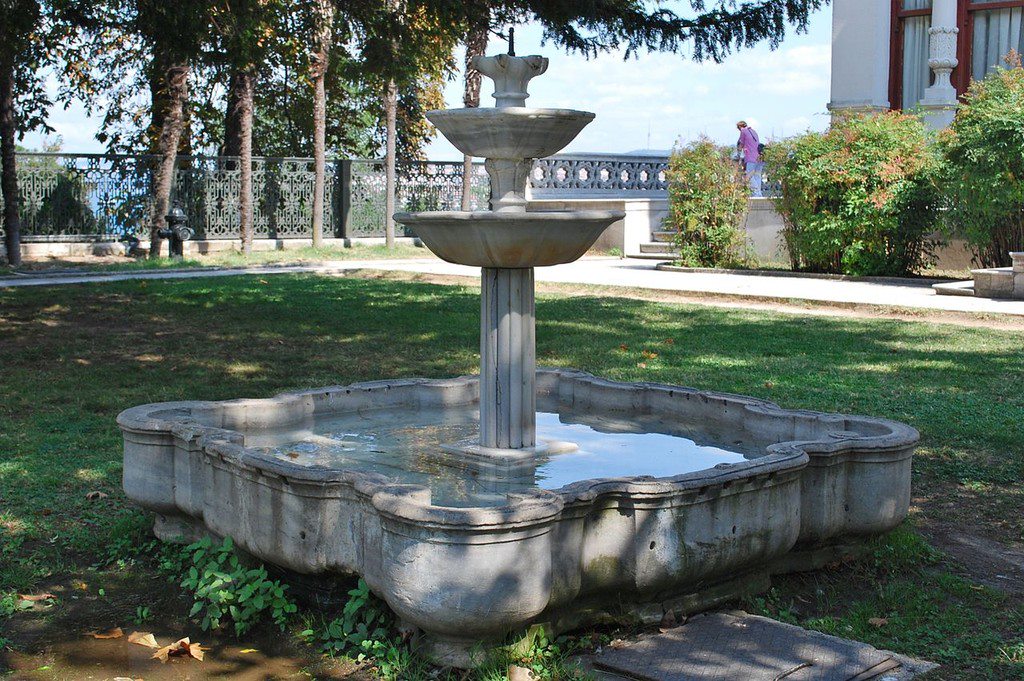 It is surrounded by a marble terrace that is also surrounded by a wall in front of Sultan’s flat called as Castlecover (Hisarpeçe) and a lower level garden of flowers on three other sides. The stone throne in the part of this garden that is below the Sofa Pavilion and marble terrace in which some sultans or converts played games such as cirit (javelin), shooting arrow and wrestling in front of Head of Doctors Tower is the place where the Sultans sat and watched these activities.

Various pavilions and buildings are located in this garden starting from the 15th century in the part that faces Marmara Sea and the scenery. In this part of garden, there used to be gates that provided passage to III. courtyard and big gardens of palace where the dormitories of convert existed. Today, Sofa Mosque that was built in 19th century and Grand (Mecidiye) Pavilion being built in 1859 by Sultan Abdülmecid and a connected small construction called as Dressing Room exist there.

Before that, it is known that there used to be a pavilion which Fatih Sultan Mehmed made built and a construction called as Tent Pavilion (Çadır Köşk) over the gate that provided passage to lower gardens there.

Sofa dormitory that is considered to be constructed in 18th century and belonged to employees who were in charge of cleaning Silahtarağa Pavilion, the third courtyard of Enderun, and Imperial Sofa used to exist there. These structures could not survive until today, because they were destroyed since they were ruined during 19th century.

These scripts and photographs are registered under © Copyright 2018, respected writers and photographers from the internet. All Rights Reserved.
Posted by ISTANBUL, Extended On Two Continents at 10:41 AM