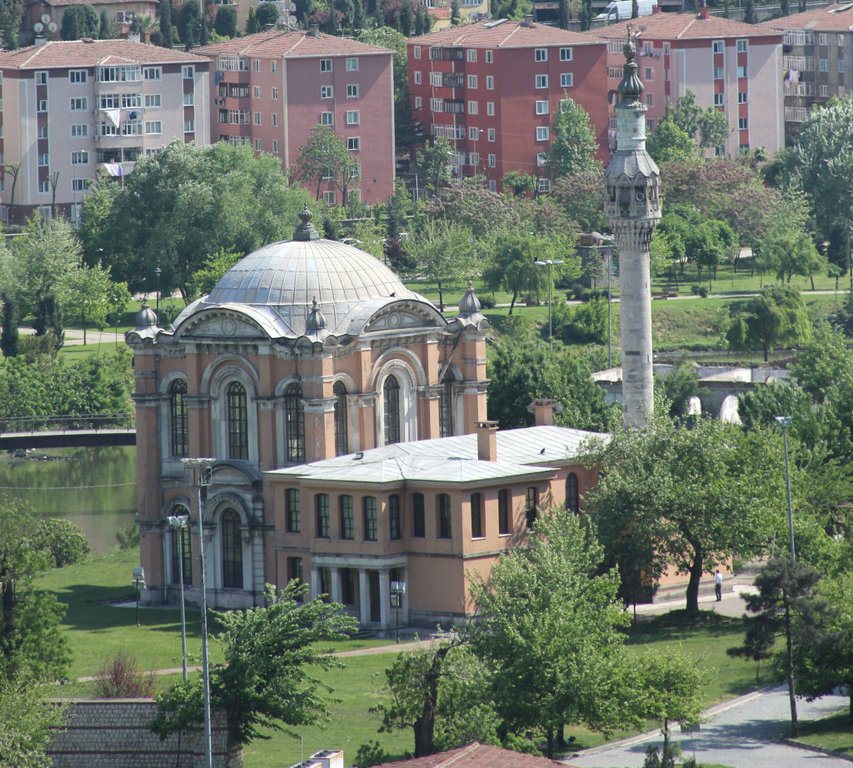 The Sadabad Mosque located on the shore of the Kağıthane creek is also known as the Çağlayan Mosque or the Aziziye Mosque. The first mosque on the site of the mosque re-built during the reign of Sultan Abdülaziz had been constructed during the Tulip Period, in 1722.

The initial building had been renovated two times, during the reigns of Sultan Selim III and Sultan Mahmud II, and finally it was re-built by Sultan Abdülaziz in 1862. This is the present-day building. Its architect is Sarkis Balyan, who designed and constructed it together with his brother Agop Balyan.

The minaret of the mosque has two stone stairways, each of which has hundred steps. As it is the case in the Selimiye Mosque built in Edirne by Architect Sinan two persons can climb here to the balcony without seeing each other.

This mosque has two ports, named the Hünkar (Sultan) and the Vezir (Vizier). So to say, they curl towards the front of the mosque, in order to lead the community to the mosque.

These scripts and photographs are registered under © Copyright 2018, respected writers and photographers from the internet. All Rights Reserved.
Posted by ISTANBUL, Extended On Two Continents at 11:28 AM