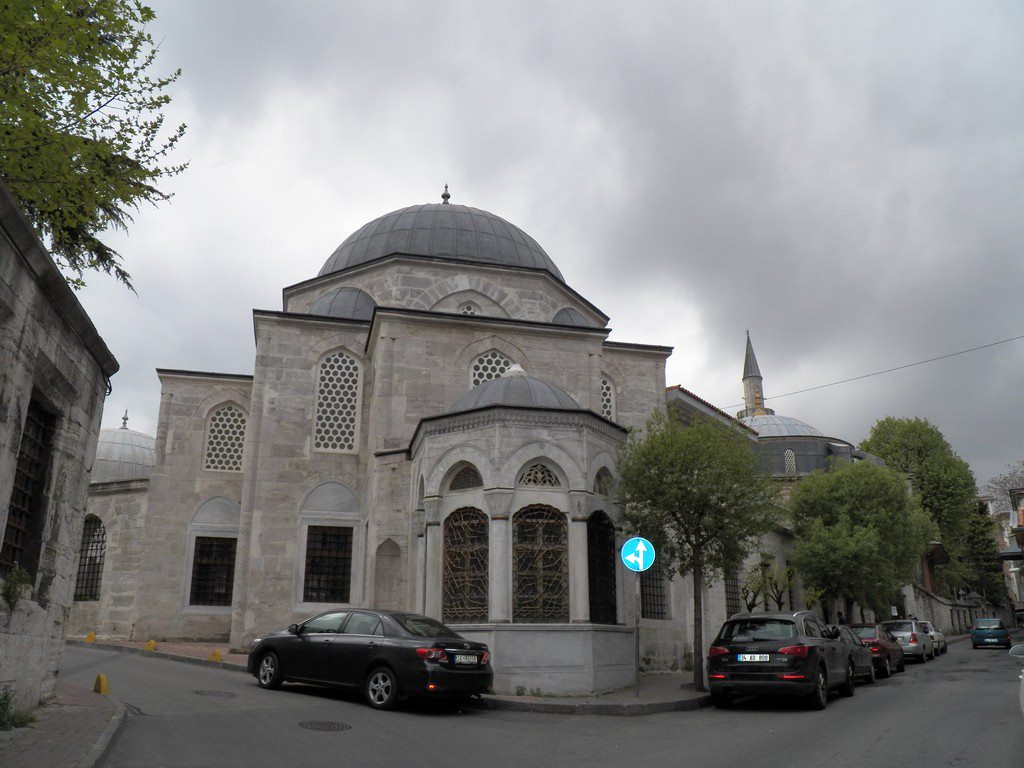 Located on Haseki Sultan Street, the Bayram Pasha Complex was built by architect Kasım Ağa in 1634. Bayram Pasha became one of the grand viziers of Sultan Murat IV in 1636. Bayram Pasha had become Kaymakam (head official of a disrict) of İstanbul in1635.

Leaving Column of Arcadius , we continue on along Haseki Kadın Sokağı to the end of the street. There we come to the külliye of Bayram Paşa, which is divided by the street itself; on the right are the medrese and mektep, and on the left the mescit, tekke, türbe, and sebil. An inscription on the sebil gives the date of construction as A.H. 1044 (A.D. 1634). At that time Bayram Paşa was Kaymakam, or Mayor, of the city; two years later he became Grand Vezir and soon after died on Sultan Murat IV’s expedition against Baghdad.

Bayram  Pasha was also a damat (groom) of the palace. In Ottoman tradition, the daughters and sisters of the sultans usually married to viziers. But Bayram's case was an exception because Bayram was married to Hanzade, the sister of the reigning Sultan Osman II (1618-1622) while he was still a turnacıbaşı. The reason of this exceptional marriage was probably Bayram's fame as a very handsome man. Osman II reserved a palace for the newly wed couple.

At the corner to the left is the handsome sebil with five grilled openings; behind it is the really palatial türbe of the founder, looking rather like a small mosque. (It is said to have fine and original tiles; unfortunately it is shut up and inaccessible.) At the far end of the enclosed garden and graveyard stands the mescit surrounded on two sides by the porticoed cells of the dervish tekke.

The mescit, is a large octagonal building which served also as the room where the dervishes performed their music and dance ceremonies. The whole complex is finely built of
ashlar stone in the high classical manner and the very irregularity of its design makes it singularly attractive.

The restoration of the kulliya has been sponsored by the Istanbul governor's office and the metropolian municipality. Bayram Pasha, who commissioned the kulliya to Architect Kasım Ağa in 1635, was the vizier of Sultan Murad IV. Bearing the characteristics of Ottoman architecture, it is the only vizier kulliya in Istanbul to have reached our age intact from the reign of Sultan Murad IV.

The Bayram Pasha Kulliya in Istanbul's Haseki district is again open to the public. With the exception of the primary school, the madrasah, tomb, fountain and the shops are in good condition.

These scripts and photographs are registered under © Copyright 2018, respected writers and photographers from the internet. All Rights Reserved.
Posted by ISTANBUL, Extended On Two Continents at 11:22 AM