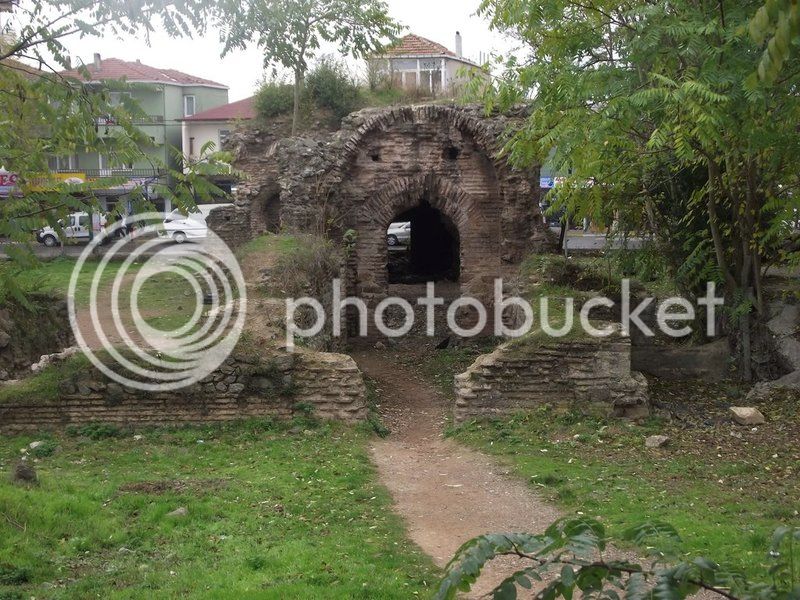 Since the early ages of history, Sancaktepe has been at the forefront with its recreation areas and summer palaces. The oldest building in the area is Damatris Summer Palace which was a Byzantine Palace and built during the periods of Tiberius Constantine I (579-582) and Mavrikos (582-602). Today, its remains are located within the borders of Samandıra.

Built in Samandıra by the Byzantine Emperors II. Maurikios and Tiberius (578-602), the Damatrys Palace, considering its dimensions and characteristics, is seen as one of the important surviving Byzantine structures. The palace’s name comes from Demeter, the first name of Samandıra in history. In Greek mythology, Demeter means "The Goddess of Agriculture and Abundance" and she has known as the goddess who teaches to sow and reap the land to the people.

In the period it was contructed, the palace had the distinction of being the largest and most important work of art outside Istanbul. In spite of the fatigue of 14th century, the palace still challenges the history. According to the rumors, Samandıra was also an enchanted place for hunting with its variety of wild animals and it has become one of the most popular resort areas of the Byzantine emperors.

At that time, the Damatrys Palace was built in Samandıra by the Byzantine Emperors II. Tiberus and Maurikios who has been known for their fondness of resort areas and curiosity for hunting. Surviving to our day and taking place in the literature as "The Damatrys Palace", though having been built for hunting and relaxing, the palace has become Istanbul’s gateway to Anatolia.

Due to being built on the path of expeditions to Anatolia, this palace has become the accommodation and gathering place of the Byzantine army. On their way from Anatolia, the Emperors, before entering into the capital, would spend their last nights in this palace. While the emperors were staying for the night in this palace on the return of expedition, the messengers would reach the capital a day in advance and make the necessary arrangements to meet the Emperor.

However, the palace has become unusable as of the 12th and 13th centuries. Today, among its ruins, the palace’s cistern which is in the form of a cross, arches and vaults can be identified and it is estimated that it covers a much larger area than its current visible part.

When analyzed, the use of brick is seen in the background of the remains of the complex whose building materials consist of stone and brick. It is observed that bearing units, cut stones, massive walls and the use of alternate technical implementation is applied in the structure in which bricks are used in a sequential manner.

The area of the palace was declared as an archaeological site during zoning plan of Sancaktepe district and the Council of Monuments widened the archaelogical site and it still does not give permission for any construction.

Sancaktepe Municipality considers that more information about the palace could be revealed through the archaeological excavations and the area could be converted into a nice open-air museum after its restoration. It is also thought that this area can be expanded and transformed into a square and thus both a living center will be established in Sancaktepe and an asset will be gained to the historical heritage of Istanbul.

These scripts and photographs are registered under © Copyright 2017, respected writers and photographers from the internet. All Rights Reserved.
Posted by ISTANBUL, Extended On Two Continents at 3:22 PM