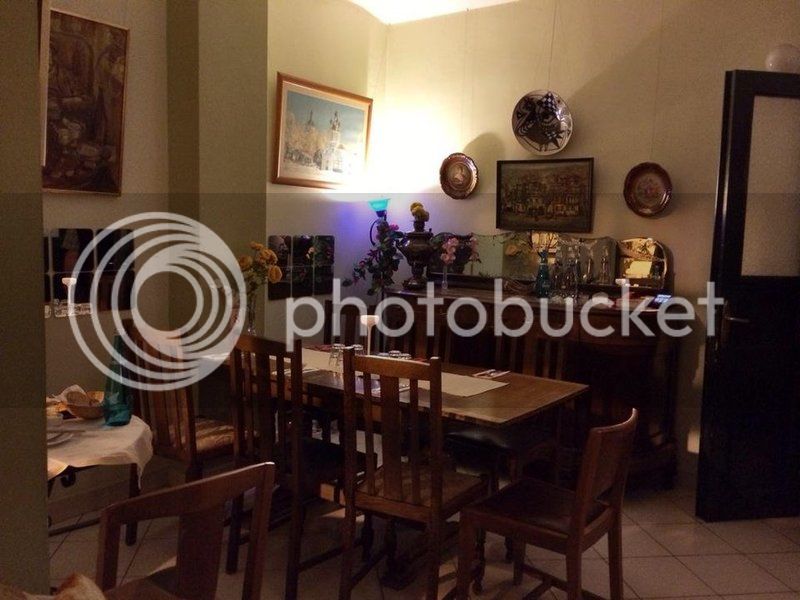 This building used Civil Prison of the British Empire (1904-1919), British military police station during the occupation of  Istanbul by the allied forces (1919-1923), Lodging for the 3rd chancery servant of the British Empire (1923-1927), Lodging for the British Aid Mission member Mrs. Andrews (1927-1933), The British Embassy sold the civil prison to Pierre Fournial for a sum of 425 Eng. Pounds. Mr. Fournial was a local merchant in Galata and he was specialized in machinery for sugar and lumber factories, flour mills, steam engines (1933).

Fournial Family added a bay window to the civil prison and used it as a residence. In 1939 Pierre Fournial passed away (1933-1979), The only daughter of Pierre Fournial Mercedes Celestine Fournial lived in this house after her marriage (1957-1960), Mercedes Fournial rented the building to the Austrian Sankt Georg High School for lodging (1960-1973), Jewelers Edmond and Arman Cendereciyan used the building as an office/atelier (1973-1976).

And yet this solemn gray stone building, with a bay window on the second floor, is strangely unobtrusive among all the old houses of Galata. It is the sort of place you could easily pass by in a hurry without registering - unless you looked upwards and saw its gabled roof (a rarity in Istanbul), or noticed the atypically thick moulding over the door and windows.

For 15 years, beginning in 1904, this was a civil prison controlled by the British; after the first World War it turned into a military prison and remained such until 1923. However, the venue has genuine historic credentials as it was the Old English Jail in the 1920s - and locals still refer to it sometimes as Eski İngiliz Karakolu.

The Galata Evi, a small restaurant near the Galata Tower with excellent home-cooked food, can boast a unique location, being situated in the building known as the Eski İngiliz Karakolu or Old English Jail.

There are several rooms on the first floor - a larger room which can hold 12 people, and a smaller one, with a fireplace, which can hold six. A door leads out back to a small inner courtyard; leading off the courtyard is the Galata Evi’s kitchen (unchanged from its days as an army canteen), and a thick metal door that once opened onto the prison’s interrogation room.

Even if you end up dining here, you must see the second floor, which is really the most interesting part of the Galata Evi. On the street side there is a larger room with paintings by local artists. On the rear side is a room that was formerly the prisoners’ dormitory: here you can see an unplastered wall with century-old graffiti made by former prisoners. Some of these are in English, marking the days (or months) the men have been in prison.

The best place to eat at the Galata Evi (weather permitting) is on the terrace above the inner courtyard. The menu at the Galata Evi is small, but the food is superb, with Russian, Tatar, and especially Georgian dishes that are difficult to find elsewhere in Istanbul.

These scripts and photographs are registered under © Copyright 2017, respected writers and photographers from the internet. All Rights Reserved.
Posted by ISTANBUL, Extended On Two Continents at 2:30 PM