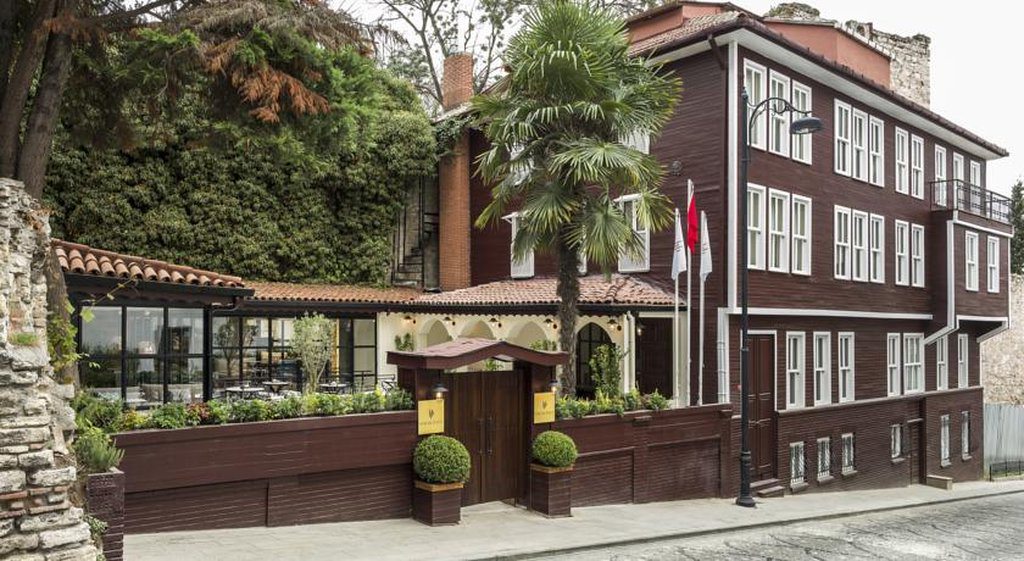 İshak Paşa Konağı had been built just next to Topkapı Palace wall. Big houses in Ottoman time were used to call as Konak. This 200 years old building, were used by İshak Paşa who was one of the Ottoman Emperor's Pasha (vizier). After he was assigned to a different city, this Konak were used as a dormitory for ladies who servicing in Topkapı Palace. At the end of the Ottoman times this building started to be used as a Quran education house.

At the beginning of the Turkish Republic after Ottoman Empire, many small Quran education houses were closed by government and they made all religious courses gathered under one Foundation. After these changes, the building was used by government as an official building till 2012.

Hotel İshak Paşa Konağı is a 19th century building and under a preservation order by the Government. It is suited in the historic center of Istanbul. The interior design and decoration is exclusively handmade.

After we rented this building, our first and most important goal was, keeping the historical sides in safe and make our guests feel that. We created the rooms as simple as how it was. We carefully designed the rooms with the allowance of the government, we opened some of the walls which were original and revealed them. We tried to do our best and we respect the history a lot. We will be honored to serve you if you are a history lover like us as well.

GARDEN
We have a lovely hidden garden, which nearly no hotels have around.

These scripts and photographs are registered under © Copyright 2018, respected writers and photographers from the internet. All Rights Reserved.
Posted by ISTANBUL, Extended On Two Continents at 2:03 AM