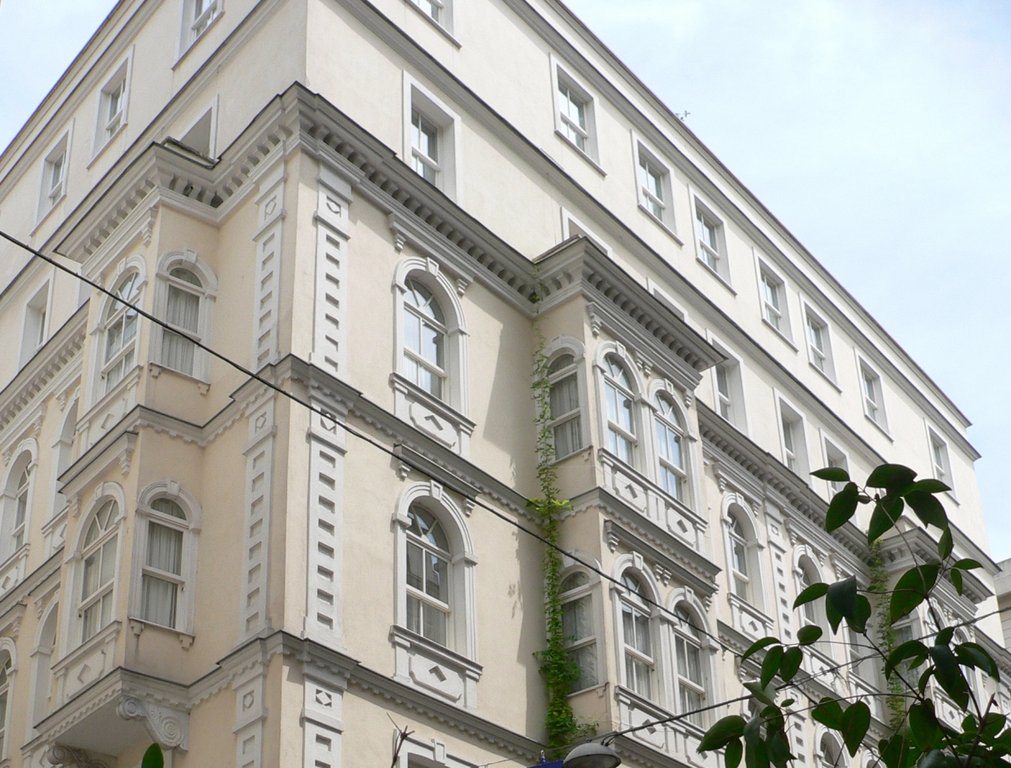 Adahan Istanbul is constructed 1874 in Galata-Pera which was the trade and banking center of Istanbul at the end of the 19th century and the beginning of the 20th century. The building was designed by Stampa Brothers and Antoine Tedeschi in 1874. Housed in a charmingly restored 19th century building (built by the famous Turkish Jewish family Camondo as an office quarter) in the very heart of the historic and chic Galata district.

Adahan building used to be in the 19th century the town mansion of Camondo, a famous Jewish family with a tragic destiny. Comte Moïse de Camondo was born in Istanbul in 1860 into a Sepharadic Jewish family that owned one of the largest banks in the Ottoman Empire and established in France since 1869. When World War I broke out, Nissim, the son of Moise was killed in an air battle in 1917.

After this tragic loss, he decided to bedqueath his property in France to the "Arts Decoratifs", in memory of his son. A museum opened in the the year after Moïse de Camondo died, in 1935. During World War II, his daughter, Béatrice, his son-of-law Léon Reinach and their children, Fanny and Bertrand, died in the nazi camps. The Camondo family died out.

The restoration in the building lasted five years and was carried out abiding by the original plans, and 47 units were created with different styles and surface areas. In this building, which has been used for different purposes over the years, the "hand carved decorations" which were covered under paint have been preserved as much as possible during the restoration, which contributes to the final decoration of the building.

Adahan Istanbul Hotel opened in 2013. Adahan Istanbul's unique interior design reflecting its "respect for the natural and the pure" continues in the building's public areas such as the parlor floor, meeting rooms, and the lounges.

Adahan Istanbul embodies several meeting rooms, lounges, brick walled basement which can be used for special events and a spacious roof terrace with an amazing view of the historical peninsula of the city where breakfast is served. The hotel also has a historical cellar where private events such as classical music performances can be held.

RESTAURANT AND BAR
Cachi Restaurant & Bar on the fifth floor of Adahan Istanbul, with a view of the historical peninsula, has a large terrace and high ceilings which embraces Istanbul. They serve you the local delights with different presentations.

Adahan collects rainwater which is cleaned and used in the septic system. For a final peek into the history of this amazing building, you could see into the well which is still in use today. The exact history of the structure under Adahan is unknown, but to my admittedly inexpert eyes it looks Byzantine. Well-preserved, the brickwork, arched doorways, windows, and the space itself are intact. The space is quite large and impeccably maintained and is sometimes used for events and art shows.

These scripts and photographs are registered under © Copyright 2018, respected writers and photographers from the internet. All Rights Reserved.
Posted by ISTANBUL, Extended On Two Continents at 6:35 AM