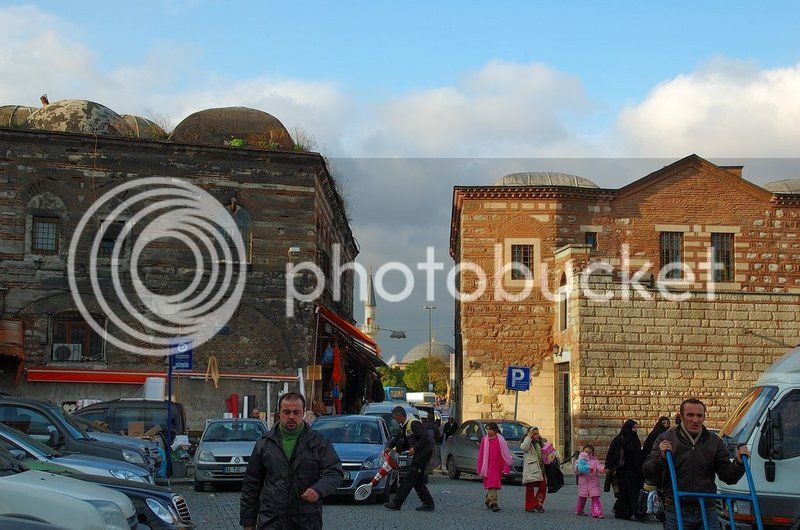 Kiraz Han is situated in the Eminönü section of Ragıp Gümüşpala Street, which connects Eminönü and Unkapanı. To its north (to the street) is a fortification wall that is left over from the Walls of the Golden Horn. These two works, which have connected one another over time, constitute a whole.

The entrance floor mass, which describes the first phase of Kiraz Han and was built in accordance with the architectural principles of Ottoman Classical Period Inns, offers a significant example of Ottoman architecture and urban-planning. Kiraz Han is not included in the publications and studies made on the inns of İstanbul, and no construction date is available anywhere.

It was marked as “Guirit Han” in the Goad maps of 1904 and as “Kinit Han” on the Pervitich maps - its last name before Kiraz Han. The building, which had been owned by the Kule-i Zemin Foundation until 1935, was transferred to an individual with a law enacted on that date before transferred to the Municipality through appropriation in 1957. And on the communications from 1959 to 1986 of the Board of Old Buildings and Monuments, it was referred to as Rüstem Paşa Social Complex.

In 1994, it was restored by the Metropolitan Municipality of İstanbul before being used by the Directorate for the Conservation of Historic Buildings. After the negotiations with the Metropolitan Municipality of İstanbul, the building was leased out to TAÇ Foundation with an agreement on 2010. After the significant repair, renovation and maintenance, it was restored entirely based on the original and started to be used as the foundation building.

These scripts and photographs are registered under © Copyright 2016, respected writers and photographers from the internet. All Rights Reserved.
Posted by ISTANBUL, Extended On Two Continents at 7:27 AM