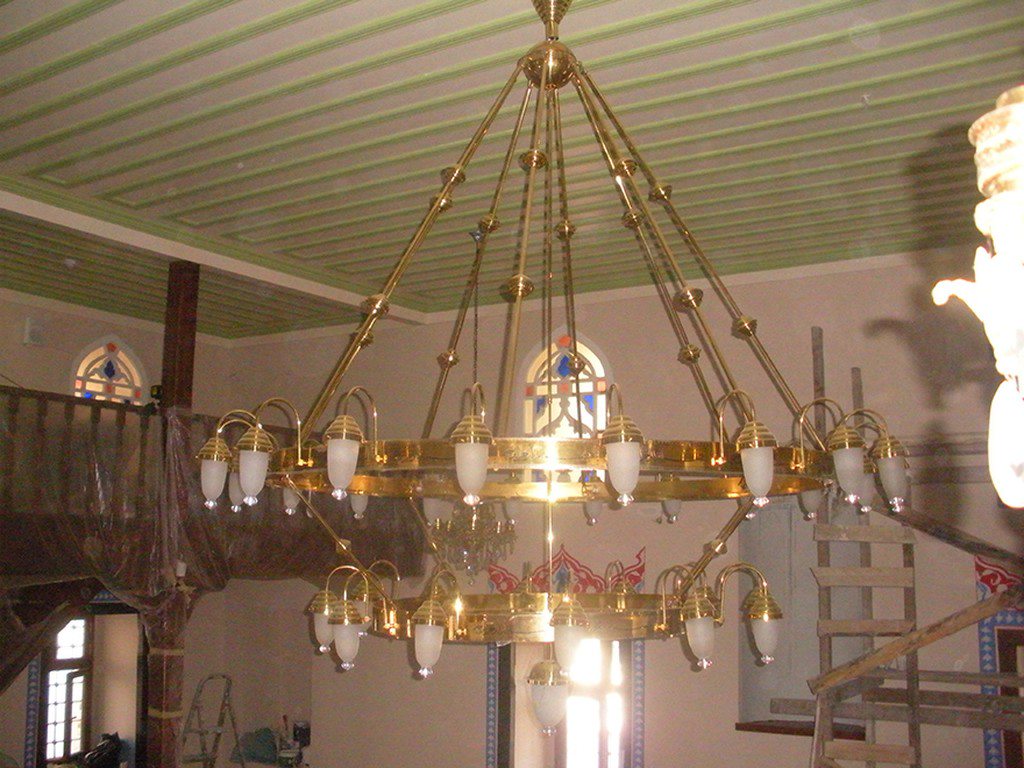 Sofu Ali Çavuş Mosque (also Sofular Mosque) is in the Sofular Avenue. It was built by Ali Ağa, one of the sergeants of the Fatih period. Çavuş Ali Ağa is buried in the courtyard of this mosque built in 1464. It was restored by the General Directorate for Foundations in 2011. The building whose landscape planning was carried out by the Municipality of Eyüp is now ready for worship.

The Sofular Mescidi was built by the brother of Kâsım Çavuş and it is also the focus point of another Eyüp neighbourhood formed during the reign of Sultan Mehmed the Conqueror. This building is also known as the Sofu Ali Çavuş Mescidi. According to Tahsin Öz it was built in 1464 and the chronicler şeyhülislam Hoca Saadettin Efendi had the minber added. Ayvansaray gives us information about the founder and his foundation.

Searching through the register of repairs, we notice that the minaret was rebuilt in 1189 (1775) when it collapsed as a result of having been struck by lightning. In the 1950’s and in 1975 the entrance section was repaired and in 1977 the mosque was completely rebuilt. The ground around it has risen through time so access to the courtyard happens by means of steps. The entrance is enclosed by an iron and glass structure.

On the southern side of this section the reare two windows and a door in the western corner leading to the inside of the mosque. On this side there is also a mükebbire (special place from which the müezzin recites his call to prayer). The main section of the mosque is 12,15 x 9,80 m. Its walls, the mihrab and the minber are covered with late Kütahya ceramic tiles.

The building receives natural lighting by means of two windows at each corner. The women’s gallery stands on the northern side, supported by polygonal columns. The interior of the roof is flat wooden and its exterior slopes towards all four sides and is covered with roof-tiles. The minaret stands on the western side supported by a square base.

The base is made up of alternate rows of bricks and cut stones, while the transition to the main spiral body of the minaretis by means of triangles. The masjid’s walls are made of roughly hewn stone and bricks.To the west of the mihrab there is the tomb-stone of Ali Çavuş, founder of the mosque. The inscription on the tombstone shows us that itwas renewed in 1200 (1785).

These scripts and photographs are registered under © Copyright 2018, respected writers and photographers from the internet. All Rights Reserved.
Posted by ISTANBUL, Extended On Two Continents at 9:03 AM