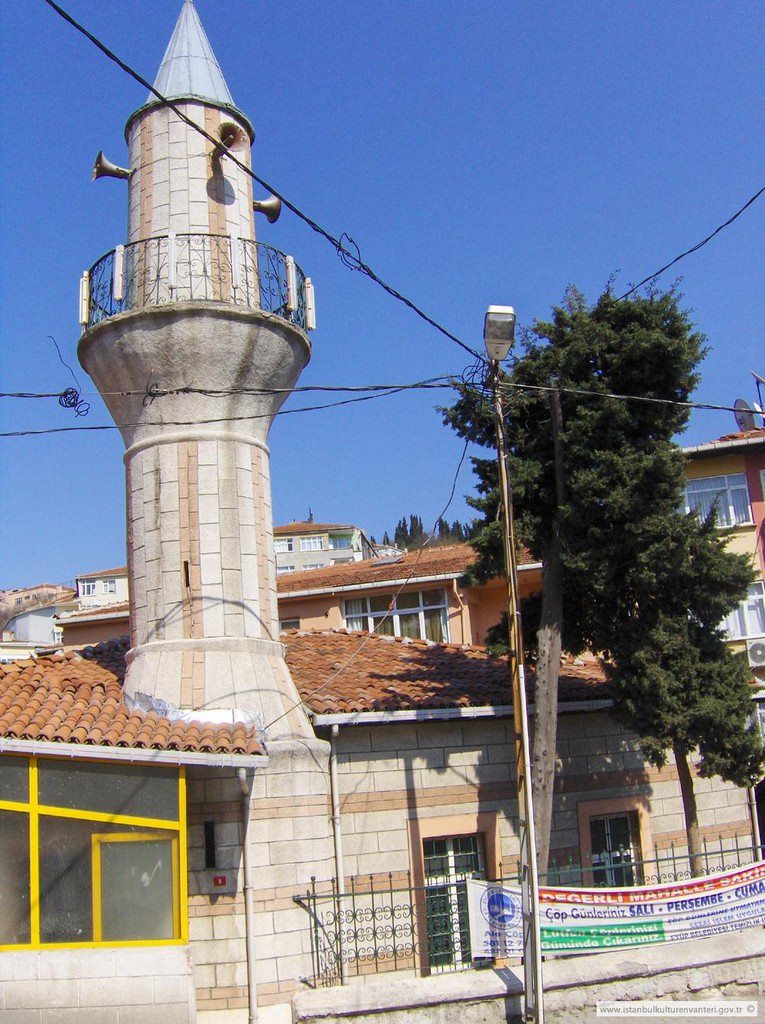 Another building, around which a neigh bourhood was formed during Turkish times, is Evlice Baba (Uluca Baba) Mescidi. In front of the masjid there is a public square fountain built by grand vizier Çorlulu Ali Paşa in 1119 (1707) and the Evlice (Ülice) Baba Dervish Lodge. To the southwest, stand the mausolea of Nuri Baba and Hafız Hüseyin Nazmî Geylanî, built in 1216 of the Muslim era.

Veli Baba, participant in the conquest, teacher of calligraphy of Sultan Mehmed the Conqueror, philanthropist and doer of good works, a prayer forhis soul. Year 857 (1453). Here, we notice that the date 1453 was also inscribed when the tombstone was renewed.

It is further stated that the founder of the mosque lived in the days of Sultan Mehmed the Conqueror, was his teacher of calligraphy and that he had had built the mosque. The date 1173 (1759) at the end of the inscription on the wall of the enclosed space within which Veliyüddin Efendi is buried, refers to the renewal of the tomb. The building stands on the Bülbülderesi slope and has been built according to the topographic characteristics of the location.

The entrance on the western side leads directly to the main section of the mosque. The building’s dimensions are 12.45 x 9.40 m and it is clear that recent restoration work has increased its size, changing the proportions between the spaces.

The building’s interior is lighted by means of two windows each on three walls. The northern wall is the only one without windows. The interior of the mosque and the mihrab are decorated up to a height of one metre, with late period Kütahya ceramic tiles. Both the mihrab and the minber are new. On the northern side there is a concrete women’s gallery.

The roof is flat concrete in the inside and sloping towards all foursides and tile covered on the outside. The minaret is on the western side to the south of the entrance, has a polygonal base, is adjacent to the building’s wall and part of the base projects into the inside.This masjid was repaired in the 1950’s, in1967 and in 1993 and is till in use nowadays.