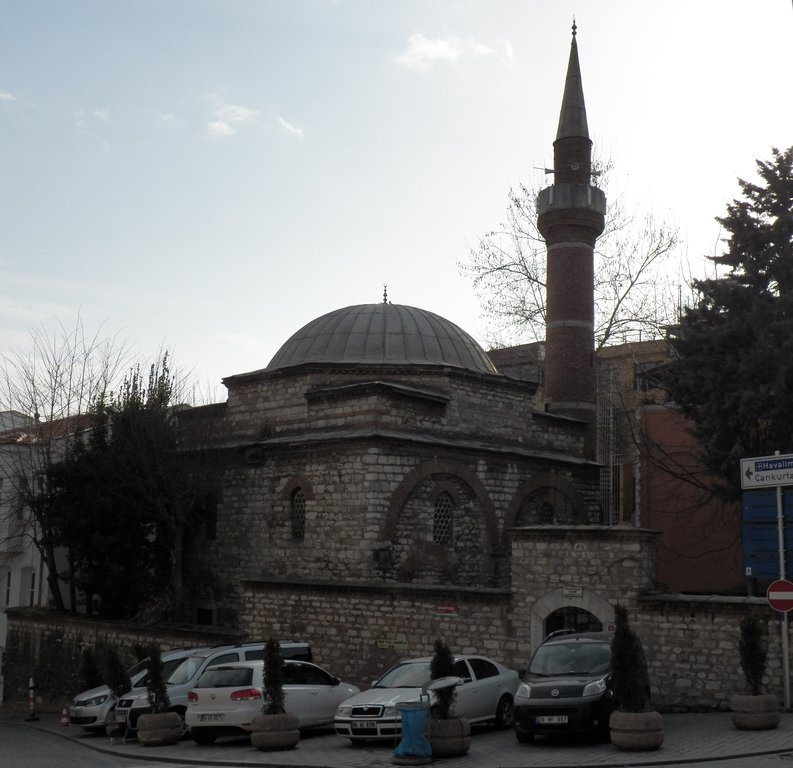 İshak Pasha Mosque Located in the street leading to Ahırkapı from Cebehane. İshak Pasha, a Vizier to both Sultan Mehmet II and Sultan Beyazıt II, had the mosque built in 1483. The viemity, the road and the mosque share the same name.

Ishak Pasa, one of the Grand Viziers of 15th century was originally a Greek who was educated in Enderun “the palace school” as a Muslim and had ascended the Grand Vizierate from treasurership during the reign of Sultan Murat II.

It is a small and very modest building with one dome covering an interior space only 75 square meters (807 square ft). The minbar of the mosque was built later for Mehmet Paşa who was one of the Viziers of Fatih Sultan Mehmet.

Ishak Pasa was deposed just before the campaign over the Akkoyunlu and Mahmut Paşa ascendded the Grand Vizierate fort he second time. After the ascension of Sultan Bayazid II to throne, he was brought back to Grand vizierate one more time in 1481 and continued his post with success till he retired in 1492. He died in 1497.

Just across the street for the small mosque you find a large derelict building. It used to be the Ishak Paşa hamam or bath house that dates to the same period as the mosque, i.e. the late decades of the 15th century.

These scripts and photographs are registered under © Copyright 2018, respected writers and photographers from the internet. All Rights Reserved.
Posted by ISTANBUL, Extended On Two Continents at 11:43 PM