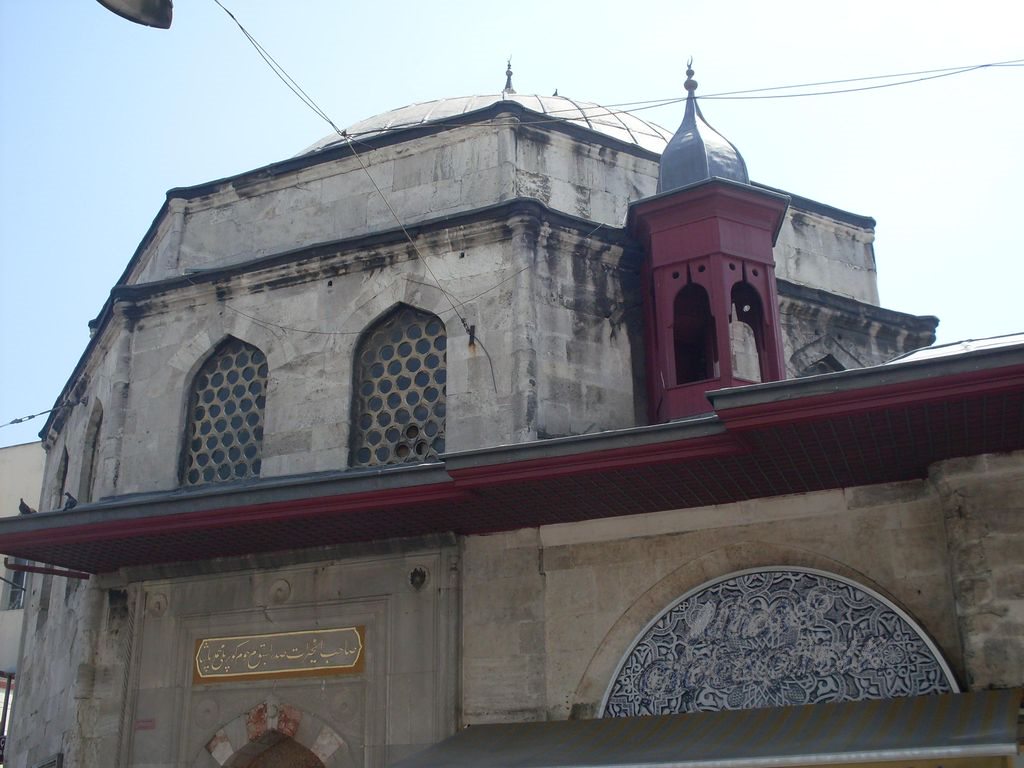 The mosque is a few steps beyond the türbe, projecting out into the sidewalk of Divan Yolu. The mosque, which is octagonal in shape, was once the dershane, or lecture-room, of the Köprülü medresesi, most of which has now disappeared.

The complex of mosques, madrasas, mausoleums, fountains, springs and the library, the inn and the shops has occurred, a large space. As by now, you have seen a variety of complexes on your Istanbul tours that were built by viziers, pashas or the royal family members.

The complexes that government officials donate are smaller in size then the complexes that royal family members donate. This is a way of showing respect to royal family. Köprülü Complex consists of a masjid (a small place for prayers), a madrasah (teological school), a tomb, a sebil, a fountain and some stores.

Madrasah
The madrasah was renovated in 1873.

Fountain
The fountain of the complex was completed in 1661.

Tomb
Köprülü Mehmet Pasha, died in 1661, his son Fazıl Ahmet Pasha and Ayşe Hanım were buried in the tomb.

Vezir Han
On the side - street of Janissaries Street, the Vizier Han was built by Grand Vizier Fazıl Ahmet Pasha between 1659 and 1660, as a part the Köprülü Complex. The Han, which was built of stone and brick, has two courtyards and two floors. The epigraph on the doorway was inscribed at the restoration in the years 1894 - 1895. There is a masjid in the second yard that was not used.

The first courtyard is triangular and the second is a trapezoid measuring 70 x 47 x 65 x 45 m. The Han remained as a slave bazaar until slavery was abolished in the Ottoman Empire in 1855. Mustafa Ziya Bey began to publish the first sports gazette of the Ottoman Empire which commercial on the 11th of October 1910 in Vezir Han.

Köprülü Library
Located on Divanyolu Street across from the Tomb of Sultan Mahmut II in the Eminönü of Istanbul, the Köprülü Library was built by Fazıl Ahmet Pasha (1635 - 1676), the son of Sadrazam (Grand Vizier) Köprülü Mehmet Pasha, on the last wish of his father. Köprülüzade Fazıl Mustafa Pasha completed the establishment of the library with the composition of a vakıf [non-for-profit organization] charter in 1678.

The library was opened with its staff being composed of three librarians, one binder, and one janitor. The first book was donated by the Köprülü family, and the number of available books continued to increase with further donations and purchases. Of all the donations to the library, those by Köprülü Mehmet Pasha, Fazıl Ahmet Pasha, Hacı (Hafiz) Ahmet Pasha, and Mehmet Asım Bey were among the highest.

Its collection contains more than 1,000 booksand approximately 3,000 manuscripts in Turkish, Arabic and English as well as approximately 1,500 printed works. The author, book, and subject lists of manuscripts and printed works are organized according to the Dewey Decimal Classification Method. The Köprülü Library is one of the first examples of an independent library design in Istanbul

It is located in a garden, whose three sides are surrounded by streets and is constructed with alternating stones and bricks. It is covered by a dome placed on an octagonal rim on the outside with a pendentive square plan. The arcade part, which is reached by a four-step staircase in the western section of the library, was moved to the front and has assumed a T-shape.

There is a diamond-shaped head placed on top of six marble pillars, spire arch arcade is covered with four domes. The library is accessed through a low-pitched door in the central axis of the arcade. The interior is illuminated by windows, with one on each side, two in the upper level, and three each with six upper part windows across the entrance. There are spire discharge arches with rectangular jambs. The interior surface of the dome and pendentives are decorated with over-the-gate pen works.

During the restoration in 1911, the electric lines were floored, cushions and book lecterns were removed, and in addition, tables and chairs were replaced. Only 9 out of the 12 rooms of the madrasah are preserved and its architect was probably Chief Architect Mustafa Ağa.

These scripts and photographs are registered under © Copyright 2018, respected writers and photographers from the internet. All Rights Reserved.
Posted by ISTANBUL, Extended On Two Continents at 8:56 AM