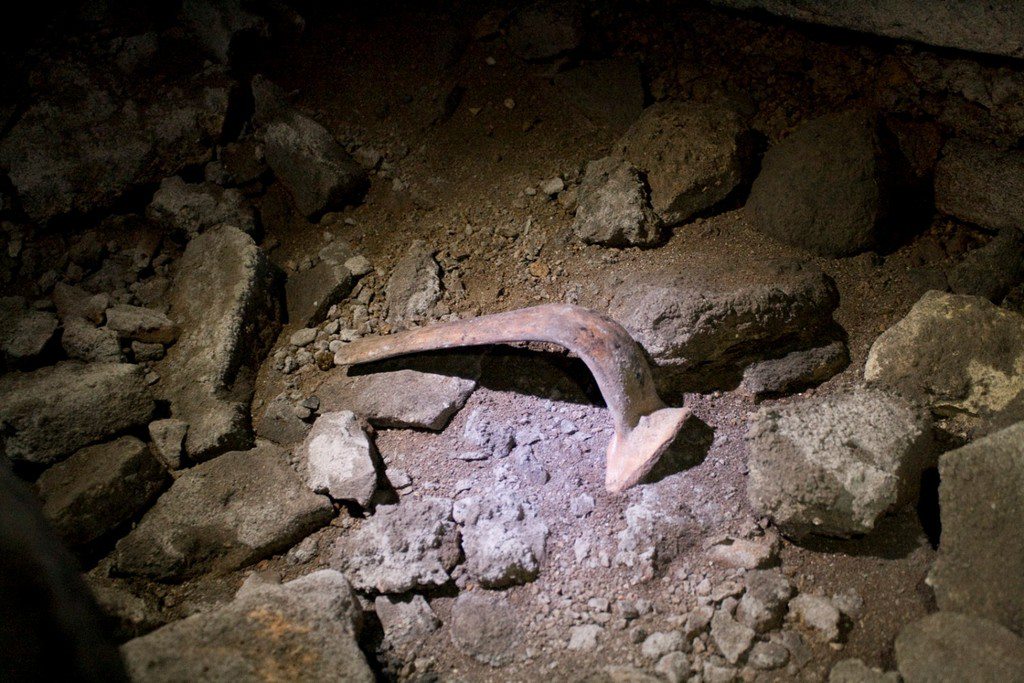 After the Nika Revolt in 532, to be able to raise the moral of the people and to show the power of the empire, Emperor Justinian took an action for a construction of a worship placement in Istanbul as big as never thought before. The name of this construction would be Hagia Sophia. The construction which had many rumors about the inspiration, had been completed in 5 years and 10 months which was an unbelievable period with the conditions of that time.

While the reputation of the structure was spreading around the world up beyond Glorious Pagan Temples, it was reinforcing the Christianity and the effect of East Roman Empire on people. Is the relationship of East Roman Empire and Christianity, only about the belief of the people who lives in the Empire?  The answer ‘YES’ to this question will cause to miss some very important points. The subject of the fraternity between the religions and the empires depends on the reasons which are much more than the piety of the emperors and the neighborhood.

Distance is a very important factor on the destiny of an empire. Rebellions had been started because of religious, economic, cultural and class problems in each empire. Because of the transportation conditions of that time, the army which starts to stop the rebellion used to arrive at target location nearly in a year or sometimes in more than a year. If the rebellion is successful, this time period is quite enough to spread out it to some other areas. To suppress the rebellion which starts with any reason, costs much more and is more problematic than to extinguish before it starts.

Furthermore, the effects of the methods used to control the rebellion are not the kind of making the people happy. That brings the importance of having information from all areas. To be able to maintain the life of the empire, a communication network is necessary to reach the most remote dominated places. In addition, if you don’t neglect the small community people of the countries which are not managed by the celestial religion, and who believes the religion you protect, you can be aware of the behavior of your neighborhood and can take precautions according to that.

So the effect of Patriarch on the empire comes out at this point. An intelligence agency spreads out to nearly every part of the known world. A nerve tissue which all the inconvenience, disagreement, sadness to be negotiated without any hesitation and a nerve tissue which all the pain will be handled with first hand. The managers who come from the center or connected to the center are always the managers of Rome. But religion ministers are celestial people who are at the disposal of God. So, they are more close and nested on the people.

This effective and widespread network reports all the knowledge that the emperor wishes in return of their good relationships with the church. It copes for the difficult situations and threatens by showing that the power of God is with the emperor. And of course, the flow of information used to be awarded bountifully by the emperor.

There was an archive which all the knowledge from all over the empire was compiled, discussed and kept in a room called Crypto-Room. The existence of this room was never mentioned. All the priests from all over the known world was sending reports, transfer all the knowledge that was valuable for them, the situation about the people of the area they belong to, the important events and materials to the center. The wave of unrest which started in whichever area of the empire was becoming known by the church in a very short time of period.

And also, it was becoming known by the emperor of course. All the necessary prevention was taking into account and the disease used to be prevented before it was turning to a tumor. The address of all these transmitted knowledge was this Crypto-room. The authors of Orthodox Church cannot make any statement about the existence of Crypto-Room, but they make a point on the customaries and indicate that this kind of place should be present for sure. All the people who search for Christianity and for that period of time, agree for the existence of Crypto-Room.

So, even though there is no written document or any source about the subject, the existence of Crypto-Room is registered any way. Where can be the Crypto-Room at that rate?  The most powerful possibility shows that it should be in most holy and inaccessible place because the secrecy should reach the inaccessible point when it was honored by holiness. That points us the place of Crypto-Room should be in Hagia-Sophia, not in the place of patriarchate or in some other churches.

There were many speculations about this subject before, in fact the study room of Fossati was considered as Crypto-Room and this belief was ascribed to that room. By the way that seems to be quite not possible either as the location or as the size of the room. Since there is no plan about the underground of Hagia-Sophia and even not any document describing it, the spoken possibility gets stronger.

It is not sensible that Constantinople which gains the experience by the Latin invasion before, would turn in to the hands of another religion or belief. That’s why to expect a serious documentation from the archive remaining till the present time is also quite visionary. All the important documentation was transferred or exterminated when the city was realized to be lost. Nevertheless, it’s quite possible for unvalued documentation, damaged quill pens, broken ink pots, sketches or similar things to be found which will be the hints to prove the existence of the room.

In that case, why Crypto-Room couldn’t be found until today?  First reason is that the location of Crypto-Room is not determined clearly. Secondly, there are many difficulties of having archaeological excavation in historical places. Because, you may damage very important historical findings while you’re searching for the others. Especially if you search some places in underground, you cannot imagine the conclusion when you thrust through the obstacles.

When you face to a wall and you determine that the other side is space and when you point out that a spot is found, to understand if the wall is carrier or divider with the architectural mentality of that period is very difficult. You have the possibility to encounter a divider replaced by a carrier which is broken down or damaged because of earthquakes or a divider which reinforces the carrier. You cannot figure out the effects on the upper main building when you spoil the statistics of that wall.

These points are important, because, one the main possibilities for  Crypto-Room is that the main entrance of the room might be closed and concealed when the city is realized to be lost. Closing the main door of a room or room collection (that is very important that the room has only one entrance because of the security of the archive entrance) which is entered by some passages and camouflaging it by the view of corridors will be enough to keep it out of sight when they realize that the city will be lost.

Another possibility is that, the main entrance of the room or room collection to be damaged or become inaccessible by earthquakes. Even it’s the lowest one to be considered, for this possibility, some important documents to be found in the room is a subject of question. Constantinople or İstanbul with the current name is very famous with the earthquakes other than the beauty of it. Though, except domes, quite severe earthquakes had no damage about the architecture of Hagia-Sophia that was designed for strong earthquakes, they were destructive for the underground of it.

During our exploration, we have determined that many of the passages were closed because of earthquakes. For example, since an important room reached by our caver team became unreachable because of earthquakes, a new entrance from the garden to that room was built instead of the entrance which was used from the underground. This shows us that the corridor we passed is a place which could not be entered for nearly 1000 years.

The room we found was in a lucky point that it was possible to reach it from the garden. Since the place of Crypto-Room was more inner side and closer to the foundation or domestic wells of the building, it made impossible that time to reach the room with the conditions of that period. (Even now, it may not be possible to enter the building without damaging it. Since if another earthquake opened the road or destroyed the woven wall.

After the experience and knowledge we gained from our exploration diving, what shall we have with diving which will be carried out in December? Will it add some new and staggering discoveries to our knowledge? We don’t know yet. We do know one thing that the architectures like Hagia-Sophia returns you not the one you want but the one it wants.

These scripts and photographs are registered under © Copyright 2017, respected writers and photographers from the internet. All Rights Reserved.
Posted by ISTANBUL, Extended On Two Continents at 2:04 PM