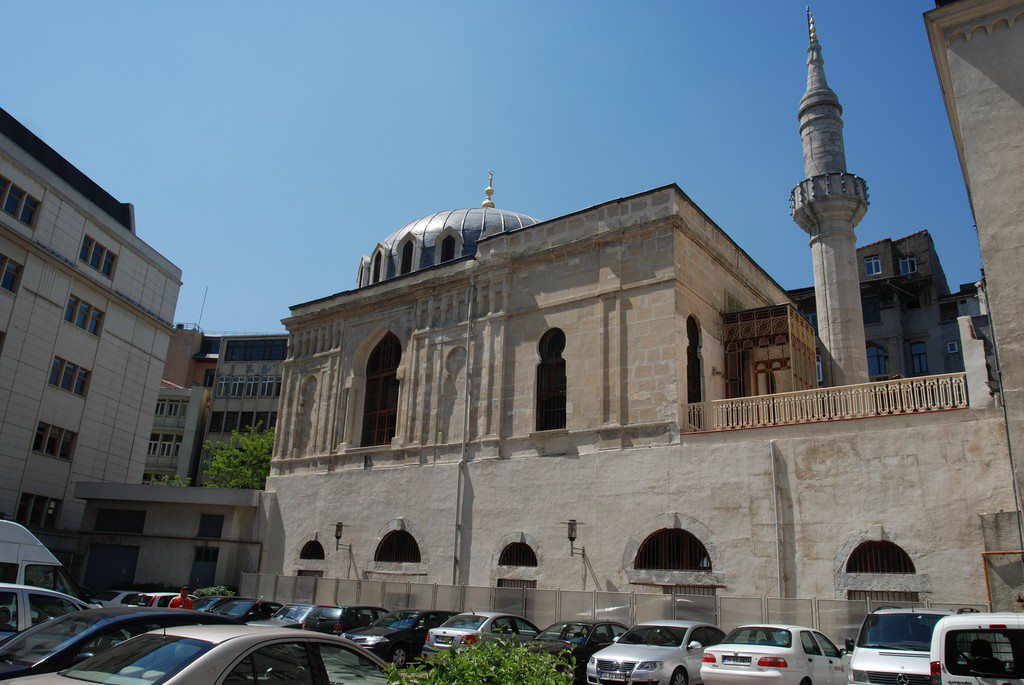 The Hidayet Mosque located on Yalı Köşkü Street in Istanbul’s Eminönü district, was built in 1813 (Islamic Calendar 1229) under Sultan Mahmud II. Originally of wood construction, it was reconstructed by the French architect Alexander Vallaury in 1887 under the direction of Sultan Abdülhamid II, as described by the inscription on the entrance to the courtyard.

The design of the two-story mosque can be described as Orientalist. There are two large pointed-arch windows on the Eastern and Western sides of the mosque and 21 windows in the dome. The mosque built over 500 m2 appears as a two-floor building it its original. Stairs lead to the second floor, where there is a prayer room and a domed sanctuary.

The mosque built over 500 m2 appears as a two-floor building it its original. The last section is the main praying space. Its design is close to square. There is the room fort he imam in the symmetry of the steps to upstairs. The main space is in square design. There are two large operable windows on itse ast and west walls and the mosque is illuminated with 21 windows situated on the dome.

These scripts and photographs are registered under © Copyright 2018, respected writers and photographers from the internet. All Rights Reserved.
Posted by ISTANBUL, Extended On Two Continents at 10:43 PM