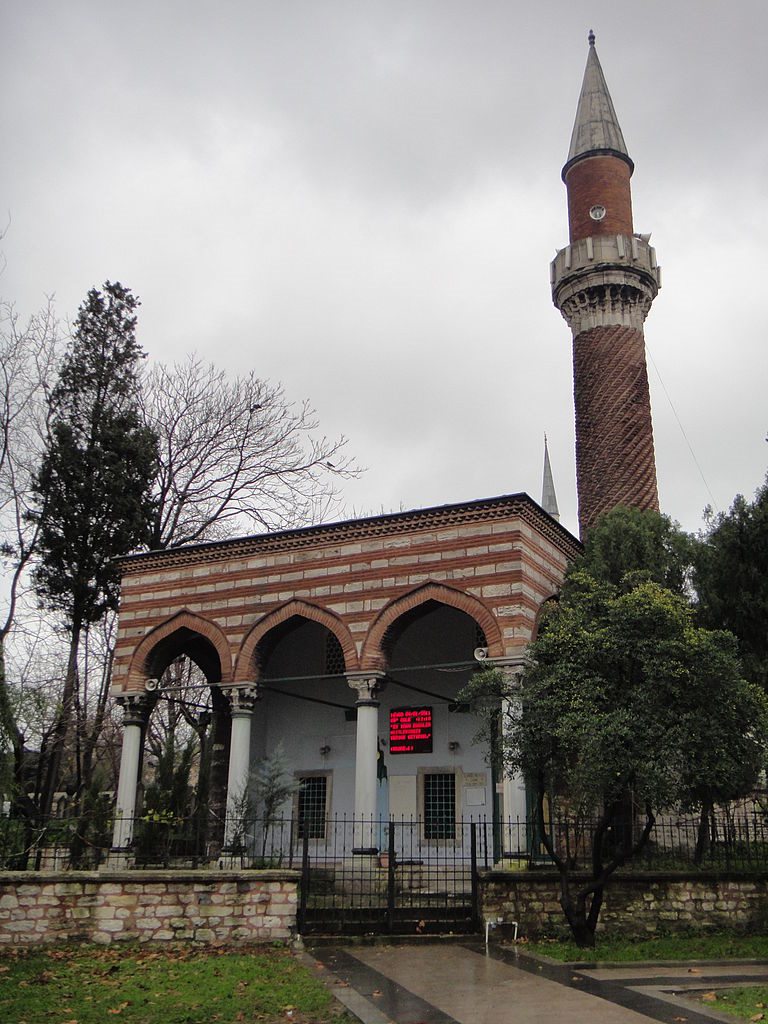 A pretty little mosque, recently restored, called Burmalı Cami. It was built about 1550 by the Kadı (Judge) of Egypt, Emin Nurettin Osman Efendi. Although of the very simplest kind - a square room with a flat wooden ceiling - it has several peculiarities that give it a cachet of its own. Most noticeable is the brick minaret with spiral ribs, from which the mosque gets its name (burmah = spiral); this is unique in Istanbul and is a late survival of an older tradition.

Then the porch is also unique: its roof, which is pitched, not domed, is supported by four columns with Byzantine Corinthian capitals. The reuse of ancient capitals also occurred in the earlier architecture of Bursa and among the Selçuks, but it is very rare indeed in Istanbul.

The architect who so ably restored the mosque, found the original Corinthian capitals so decayed and broken as to be unusable in the restoration, but architect was able to find in the Archaeological Museum four others of the same type with which she replaced the originals.

Finally, the entrance portal is not in the middle but on the right-hand side. This is usual in mosques whose porches are supported by three columns only - so as to prevent the door being blocked by the central column - but here there seems no reason for it. The interior of the mosque has no special features.

These scripts and photographs are registered under © Copyright 2018, respected writers and photographers from the internet. All Rights Reserved.
Posted by ISTANBUL, Extended On Two Continents at 2:38 AM