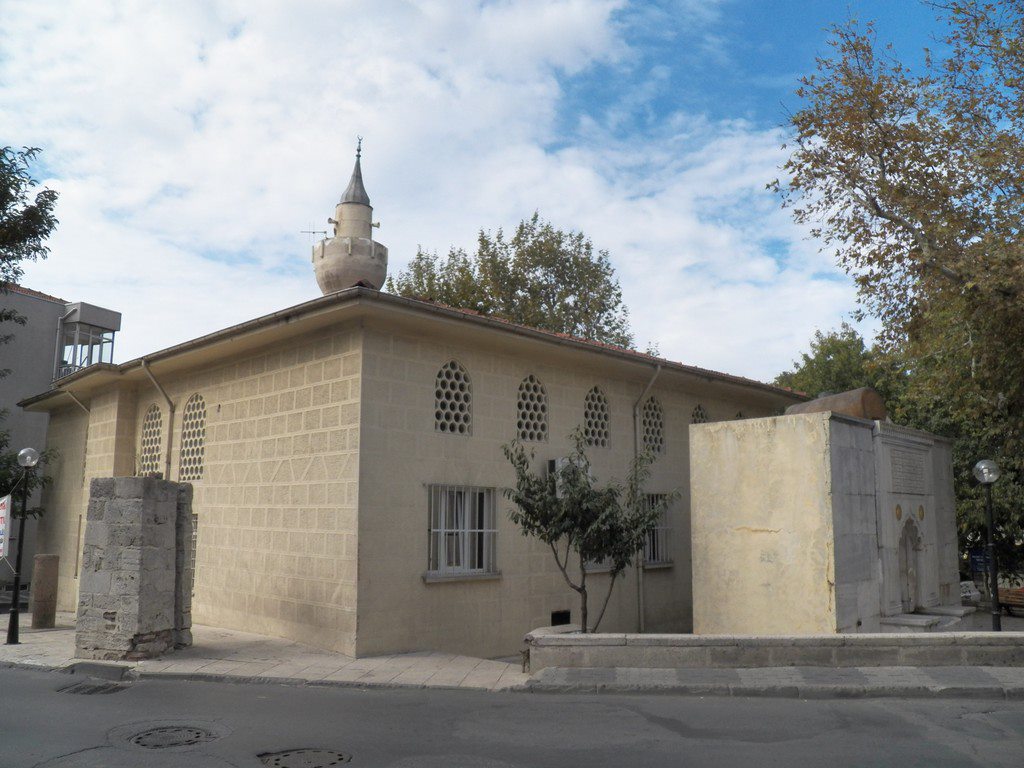 This mosque was built in 1597 by Mehmed Ağa, Vizier Sinan Paşa's mirahur (stableman). Over time, the word mirahur became distorted to imrahor, and thus became the name of the district.

The most charming element of the structure which preserves traces of Ottoman architecture from the Classical period is the red and white panelled arch.  This arch is decorated with palmated rosettes that are tiered with a slight arch molding. By incorporating these techniques, the aesthetic image of the structure was reinforced.

This outstanding Ottoman fountain and its facade decorated with plant motifs was actively used until 1940. In the following years, the water of the fountain was provided from the city’s water network.

Next to the mosque there is a water depot that was built in 1813. On the right is the fountain of Başkadın, built during the Tulip Era by Ematullah Kadın of Sultan Ahmet III. The fountain of Ayşe Sultan, built in 1599 by the daughter of Sultan Murad III, can also be found here.

To the south of the mosque there is one of the few "charity stones" that have survived until today. The stone, which used to be taller than the height of an average man, was broken due to frequent changes in location. Poor people used to take the money that was put on the high niche, taking only as much as they needed.

These scripts and photographs are registered under © Copyright 2018, respected writers and photographers from the internet. All Rights Reserved.
Posted by ISTANBUL, Extended On Two Continents at 6:23 AM