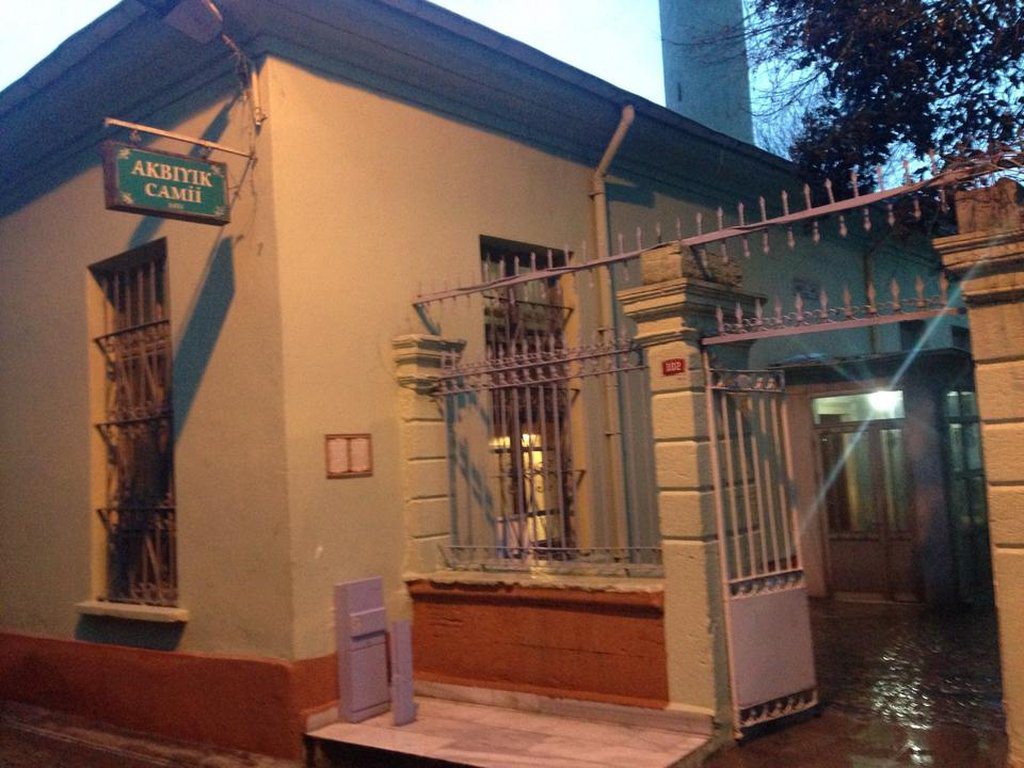 Akbiyik Mosque, one of the oldest mosques of Istanbul, is situated in Ahirkapi between the railroad and seashore and was built for one of the statesmen of Fatih Sultan Mehmet period, Akbiyik Muhyiddin Efendi, in 1464.

It was build by Fatih Dede an ulema that lived during Fatih Sultan Mehmet and it dates at the end of the 15th century. One of the oldest mosques of Istanbul, yet only the minaret is originally dated to the 15th century. Many repairs and restorations changed its original building. The mosque was located at the farthest point of the city that once was inside the Great Walls of Constantinopolis and was considered as the closest one to Kaaba.

It has a square design with a wooden roof and has an inner space of 192 square metres. The minaret with a single balcony still preserves its old body and balcony. Minbar was added subsequently.

The district was also called with the same name until 1934. It was included into the District of Sultanahmet in that year. As mentioned above, the tomb of its benefactor, Muhyiddin Efendi, is in the garden of the mosque.

These scripts and photographs are registered under © Copyright 2018, respected writers and photographers from the internet. All Rights Reserved.
Posted by ISTANBUL, Extended On Two Continents at 6:13 AM