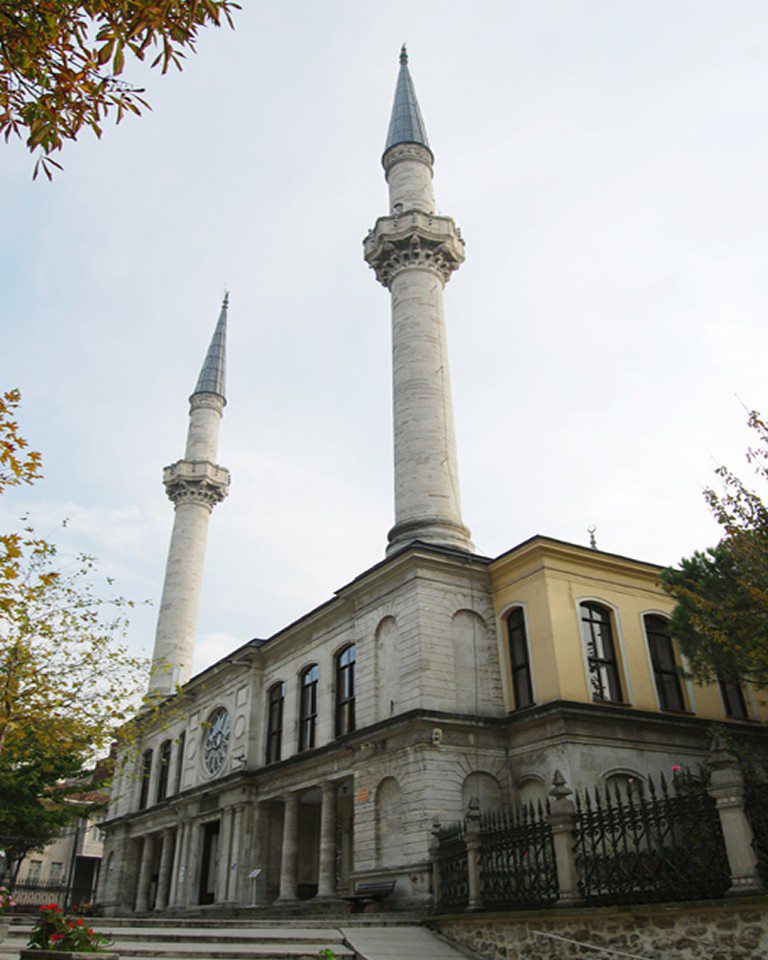 The mosque, located in the Hırka-i Şerif neighborhood of Fatih, was built by Sultan Abdülmecid I in 1851 for the purpose of housing and protecting the Prophet Mohammed's mantle. For this reason, the mosque was named "Hırka-i Şerif, the Holy Mantle. The structure occupies a prominent place within Istanbul folklore. From the 15th day of the month of Ramadan to the 27th night-the Night of Power, the Holy Mantle is on display to visitors.

Various annexes surround the mosque, such as housing for employees, barracks once used for guard residences (now converted into an elementary school). The courtyard has three palatial doors opening onto the mosque which is constructed of stone. The octagonal core of the structure, flanked by two minarets, is covered by a dome with eight windows.

On the eastern-most courtyard door is an inscription etched by the famous calligrapher, Hattat Kazasker İzeddin, signifying the monogram of Sultan Abdülmecid I. Eight framed inscriptions- also the Hattat's work-adorn the space just below the dome, detailing the monogram of Sultan Abdulmecid. The 'mihrab', the pulpit of the preacher and that of the imam are made of red porphyry, rock containing large,conspicuous crystals.

The mosque has an important place in the religious folklore of Istanbul. The vest (mantle) being preserved was taken in the beginning of 17th century by the firman of Sultan Ahmed I from Şükrullah Üveysi of the family el-Karani, and after being preserved in several places, it was finally placed in its place in the mosque which was built for this purpose.

One can enter the yard through three gates looking like monuments. They are made of hewn stone of kefeki. The mosque had two minarets each with a single balcony. The eight edged mosque is covered by a dome with eight windows. Above the gate in the right hand side of the yard there is an epitaph by the calligraphic art of Kazasker Mustafa İzzeddin, under Sultan Abdülmecid’s monogram.

Below the dome, can also be seen 8 framed verse inscriptions made by the very same calligrapher. 8 framed inscriptions which are Abdülmecid’s own work and bearing his signature are displayed above the mimbar. Preacher desk, mihrab and mimbar are made of red porphyry.

These scripts and photographs are registered under © Copyright 2018, respected writers and photographers from the internet. All Rights Reserved.
Posted by ISTANBUL, Extended On Two Continents at 12:29 PM