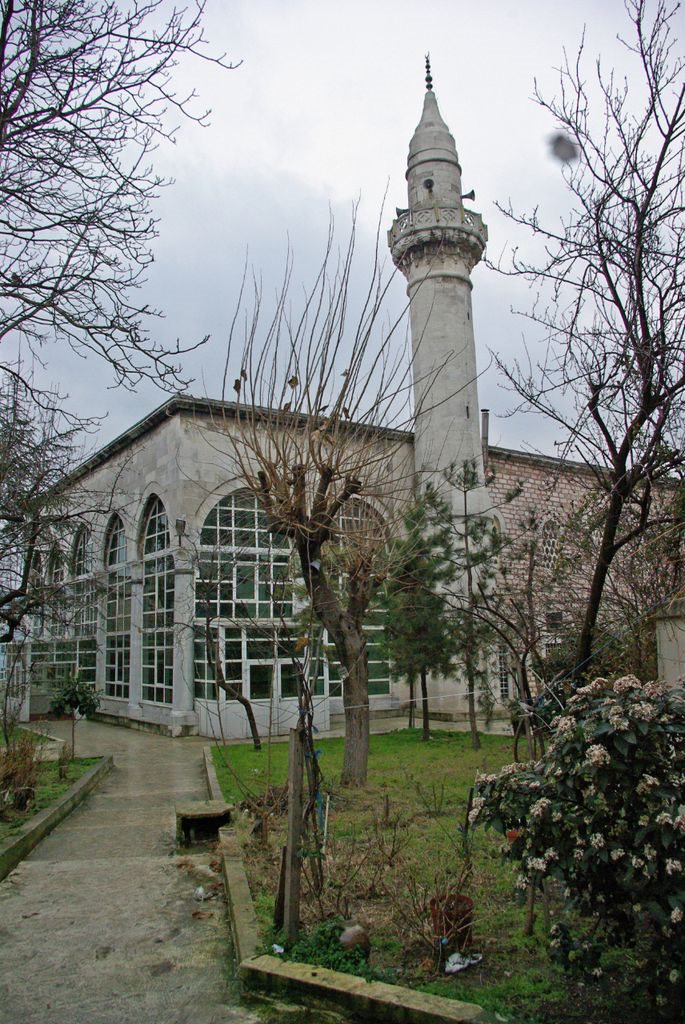 It is in Fatih Municiaplity, Eminönü, at Mercan Ağa Quarter, at the intersection of Uzunçarşı Avenue and Fincancilar Ascent. It was built by the Grand Vizier  Çandarlı Ibrahim Pasha (1429 - 1499), it has a madrasah and a it is known from  the charter of a waqft that it also had a school. Only the mosque has survived to this day.

The inscription on the front gate tells us that the instruction of the mosque started in 1492 and ended in 1494. The mosque was  damaged in several fires and earthquakes. It was recently restored and opened to service.

The mosque has a rectangular shape, it is from hewn stone, with a roof and a single minaret. It has a 8 columned spot and in the engravings from 1559 ishow that it had a roof. The gateway is slightely jagged and has an arc.

The mosque has 16 windows at the bottom and 17 windows on the top. The main entrance leads to the gathering place which is on six armoured concrete columns. The ceiling is a beautiful woodwork

The mosque was built in cut stone and has 33 windows whose inner dimensions are 18.6 x 15.6 m. The bath and madrasah of the complex ruined at the earthquake of 1894. The minaret base has 11 edges and it crosses to the minaret body throug diapers. The body of the minaret is almost as big as the base.

These scripts and photographs are registered under © Copyright 2018, respected writers and photographers from the internet. All Rights Reserved.
Posted by ISTANBUL, Extended On Two Continents at 1:24 PM