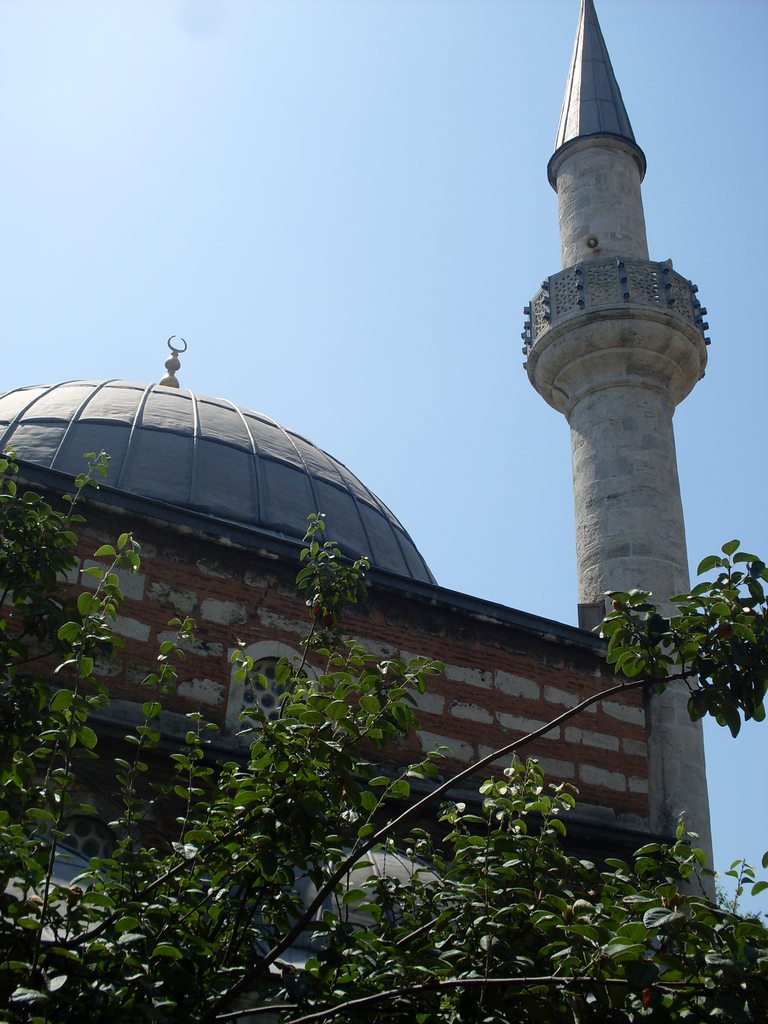 The complex, in Janissaries Street, was built for Çorlulu Ali Pasha between 1707 and 1709. Çorlulu Ali Pasha Mosque is located in the left coming from the Grand Bazaar to Çemberlitaş and next to the old Şimkeşhane building.

Çorlulu Damat Ali Pasha was an Ottoman grand vizier of the early 18th century (Çorlu 1670 - Lesbos 1711). After the Edirne event, Sultan Ahmet III appointed him as the Beylerbeyi (high governor) of Aleppo (in modern Syria) and later Beylerbey of Tripoli (modern Lebanon). In 1704 he returned to İstanbul as a member of the Ottoman Porte. In 1706, he was appointed as grand vizier. Two years later he married to Emine Sultana (daughter of the late Sultan Mustafa II) and gained the title damat (groom).

The complex, resembles the classical style, and is one of the important examples of the transition period to the Baroque style. The mosque is also a complex consisting of dervish lodge, library, hazier, madrasas and meşruta. Firstly, the mosque was built and was used as tevhidhane of a lodge at the same time.

Most of the mosque has kept its original view until today, after the earthquake on May 23, 1766 some parts of the mosque were renovated and the fountain which is placed on the Janissaries Street (former Divanyolu) was added in the same period. Although all the buildings in the complex were damaged during the earthquake of 1894, the priority for restoration was given to the mosque.

In 1963, the mosque was restored by the General Foundation Directorate. Now, the mosque, madrasas and dervish cells are used as souvenir shops; classrooms and the courtyard of the madrasas are used as cafe, library is used as the meşruta of the imam.

Madrasah
The lodge (Tekke) was called ‘Evvel’ and the madrasah was named ‘Sani’ when the lodge, inside the complex, was converted into a madrasah in the 18th century. The madrasah was used for some time to house people who had lost their houses during the fire of 1918. Darü’ül Hadis of Ali Pasha is located in the tekke rooms. The madrasah, which was used as a dormitory for a short time after its restoration in 1964.

The medrese was built between 1707 and 1708, under the auspices of the grand vizier Çorlulu Ali Pasha to Sultan Ahmet III. The medrese continues to keep his name alive through the ages. Originally built as a medrese, or theological school, it also served as a Qadiri Sufi tekke, or dervish lodge. When all the Sufi orders were closed after the beginning of the republic, this tekke’s doors closed too. The cells that had once housed religious students and dervishes were rented out to shoe makers.

During the 1960s and early 1970s it was converted into student dormitories. In the mid-1970s its current incarnation began as it became a local center for carpet sellers and restorers.

Madrasah was later transformed into shops selling tourist souvenirs. Foreign and domestic tourists who like hookah prefer to visit the structure. When you visit, you should drink a cup of grilled Turkish coffee for recalling the mosque for 40 years. Situated on the tramway street, just before the Beyazıt stop, it is an oasis of calm, cool and quiet. The nargile garden has long been known as a favorite hang out for university professors and students alike.

Mixed in with the academia crowd one can also find tourists taking a break, carpet sellers idling away time as they wait for business, and the occasional movie star or musician relaxing in the vine-covered arbor. Robert De Niro was spotted casually puffing away one day in the not so distant past. French photographer Marc Riboud visited the medrese in the 1990s and did a photo shoot of the architecture and carpet repairers laboriously working away in the courtyard.

The second side of the medrese is often overlooked by tourists, but it draws carpet dealers, textile collectors and museum curators from around the world. While life in the first courtyard revolves around the leisurely pace of the tea garden, this part of the complex is centered on carpets and kilims, flat woven rugs. The restorers in this area are known worldwide for their exacting work. In nice weather you can find them huddled over carpets spread out in the courtyard next to the small mosque.

Tomb
After the Grand Vizier Ali Pasha was executed in 1711 on Midilli Island, buried in a tomb located within the complex. Tombstones dating from Ottoman Empire draw your attention. You will admire to the Çorlulu Ali Pasha Mosque absolutely.

These scripts and photographs are registered under © Copyright 2018, respected writers and photographers from the internet. All Rights Reserved.
Posted by ISTANBUL, Extended On Two Continents at 3:36 AM