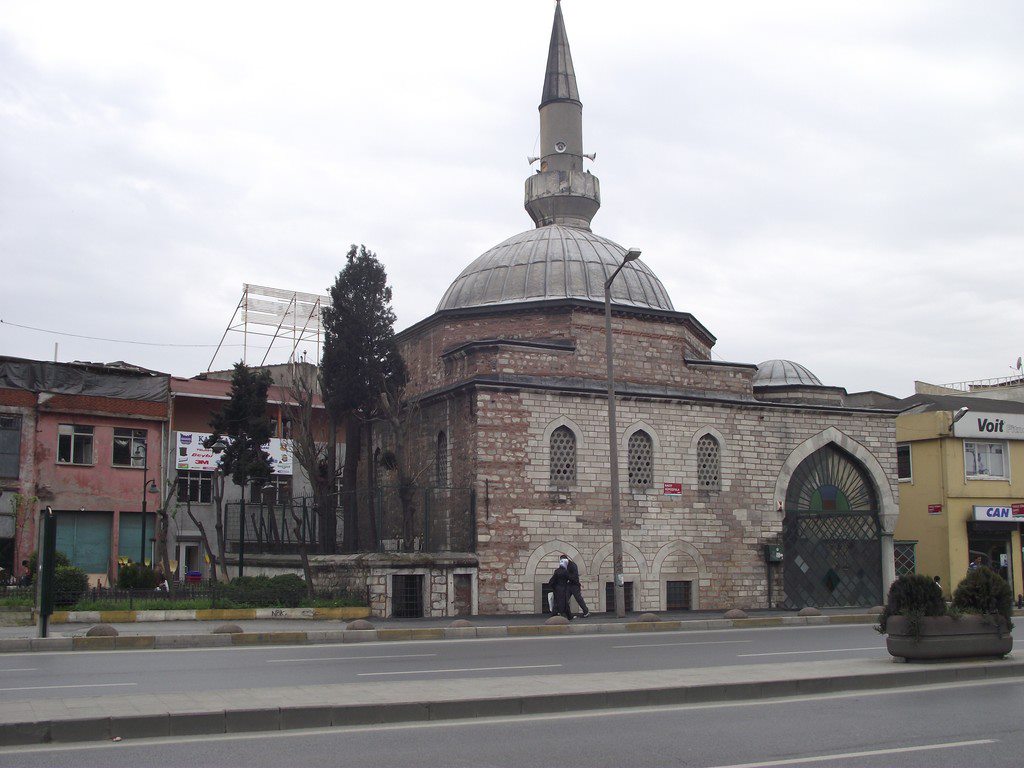 When Horoz Dede, woke up soldiers by his imitating a rooster’s crow during the siege of Constantinople, passed away in the final assault, he was buried into the tomb behind the mosque, where Yavuz Er Sinan was also buried. In 1943, during construction works of Atatürk Boulevard, the tomb of Horoz Dede was moved next to Vakıf tombs.

The building is of the simplest type, a square room covered by a dome, the walls of stone. It was restored in 1960 with only moderate success. But although the mosque is of little interest architecturally, its historical background is rather fascinating. For one thing, this is probably the oldest mosque in the city, founded in 1455 by Yavuz Ersinan, standard-bearer in Fatih’s army during the final siege of Constantinople.

This gentleman was an ancestor of Evliya Çelebi; his family remained in possession of the mosque for centuries, living in a house just beside it. Evliya was born in this house in about 1611 and there, 20 years later, he had the dream which changed his life (and immeasurably enriched our knowledge of the life of old Stamboul).

The founder himself is buried in the little graveyard beside the mosque. Beside him is buried one of his comrades-in-arms, Horoz Dede, one of the fabulous folk-saints of Istanbul. Horoz Dede, or Grandfather Rooster, received his name during the siege of Constantinople, when he made his rounds each morning and woke the troops of Fatih’s army with his loud rooster call. Horoz Dede was killed in the final assault and after the city fell he was buried here, with Fatih himself among the mourners at his graveside. The saint’s grave is venerated to this day.

These scripts and photographs are registered under © Copyright 2018, respected writers and photographers from the internet. All Rights Reserved.
Posted by ISTANBUL, Extended On Two Continents at 2:32 AM