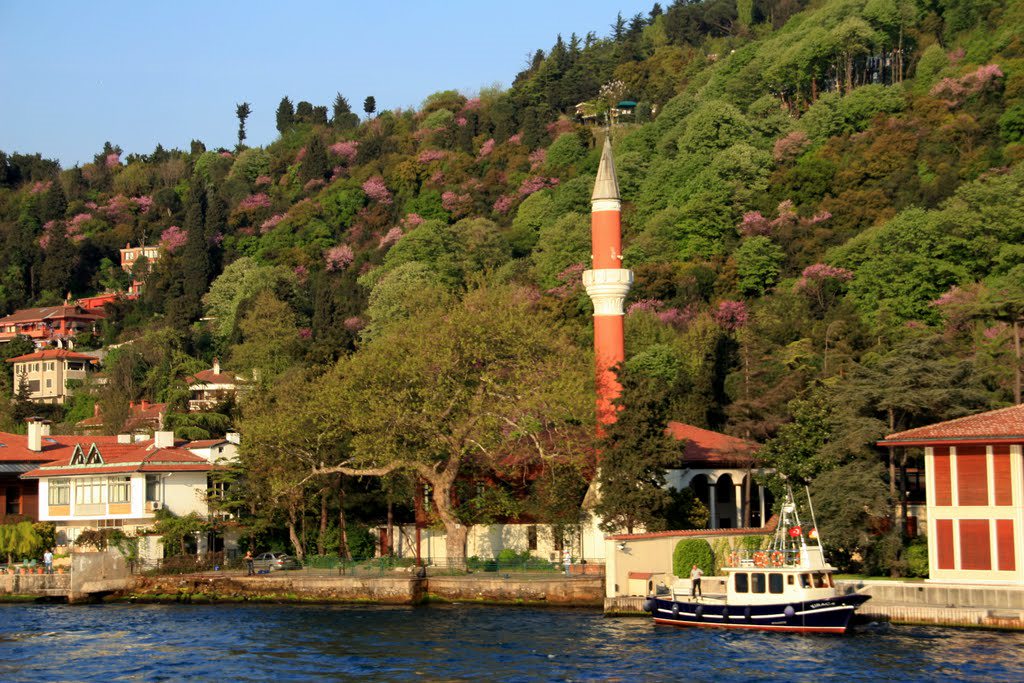 Vaniköy Mosque is one of the few Bosporus mosques that has regular attendants who visit at times other than during Friday prayers. There has always been sycamore tree in its courtyard. The mosque, which gave its name to the neighborhood around it, is only unlocked at prayer times.

On the seafront next to the quay is the unassuming Vaniköy Mosque, built in 1665 by Vani Mehmet Efendi. Sultan Mahmut I (1730-1754) added a royal gallery to the rectangular mosque, which has masonry walls and a pitched roof. Now we come to Göksu, a favourite picnic and excursion place in the 19th century.

Vanî Mehmed Efendi (b.?- d.1685), who lived during the era of Ottoman empire Sultans called Mehmed IV and Sultan Ibrahim, is one of the distinguished scientists raised by the 17th Turkish period. After completing his education in Van he worked as a hodja and preacher in Erzurum, Istanbul and Bursa. Furthermore, he served as a sultan preacher and hace-i sultan in İstanbul.

These scripts and photographs are registered under © Copyright 2018, respected writers and photographers from the internet. All Rights Reserved.
Posted by ISTANBUL, Extended On Two Continents at 10:11 AM