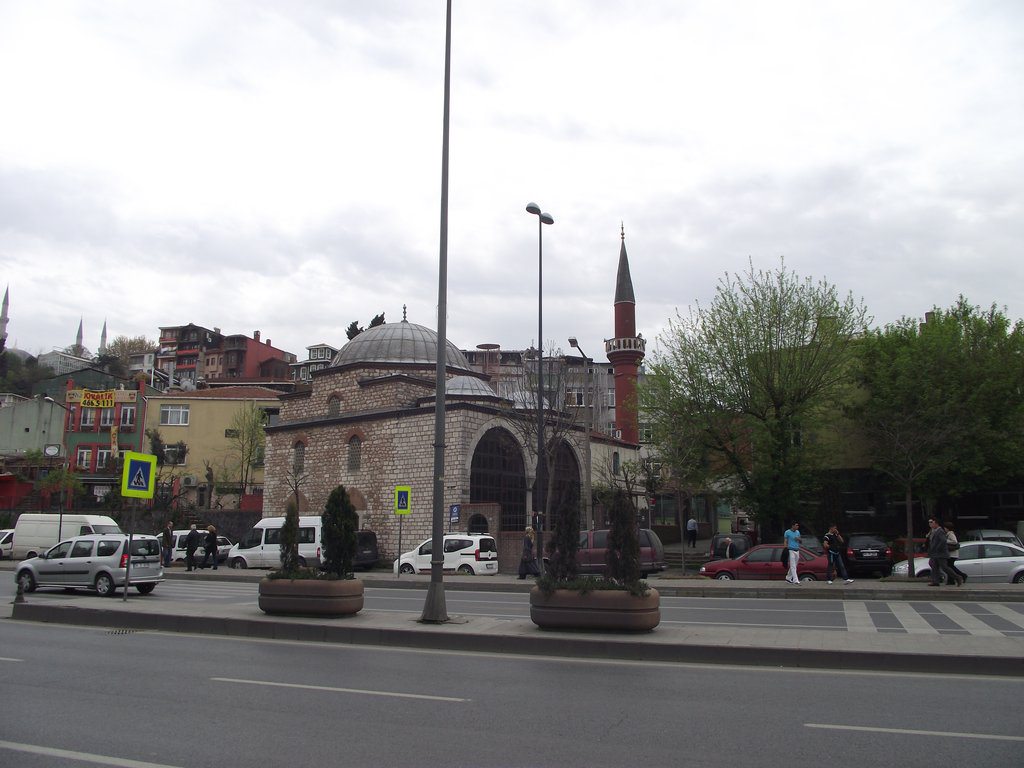 The Üç Mihraplı Mosque or Kazancılar Mosque (mosque with three mihrabs), or the Üç Mihraplı Hoca Hayreddin Mosque, is located in the neighborhood of Küçükpazar, Unkapanı, İstanbul. This mosque built in the 1475 is the only mosque in İstanbul that has three mihrabs. Situated on the Unkapanı Road, in a place called Küçükpazar, Üç Mihraplı Mosque with the features it possesses is a quite interesting mosque. The benefactor of the mosque is Hoca Hayrettin Efendi who tutored Fatih Sultan Mehmet in time.

The main body of the building, which seems to be original in form though heavily restored, consists of a square room covered by a dome resting on a high blind drum, worked in the form of a series of triangles so that pendentives or squinches are dispensed with.

In the dome are some rather curious arabesque designs, not in the grand manner of the sixteenth or seventeenth centuries nor yet in the degenerate Italian taste of the nineteenth; they are unique in the city and quite attractive both in design and colour.

The deep porch has three domes only, the arches being supported at each end by rectangular piers and in the centre by a single marble column. The door is not in the middle but on the right-hand side, so as not to be blocked by the column; this arrangement, too, was common in the preclassical period, but there are only a very few such examples in the city.

To the south of the main building is a rectangular annexe with a flat ceiling and two mihrabs; it is through this annexe that we enter the mosque today. According to one authority this section is wholly new; possibly, but as far as form goes, it might well be the dwelling house added by Hayreddin’s daughter-in-law.

These scripts and photographs are registered under © Copyright 2018, respected writers and photographers from the internet. All Rights Reserved.
Posted by ISTANBUL, Extended On Two Continents at 12:32 AM