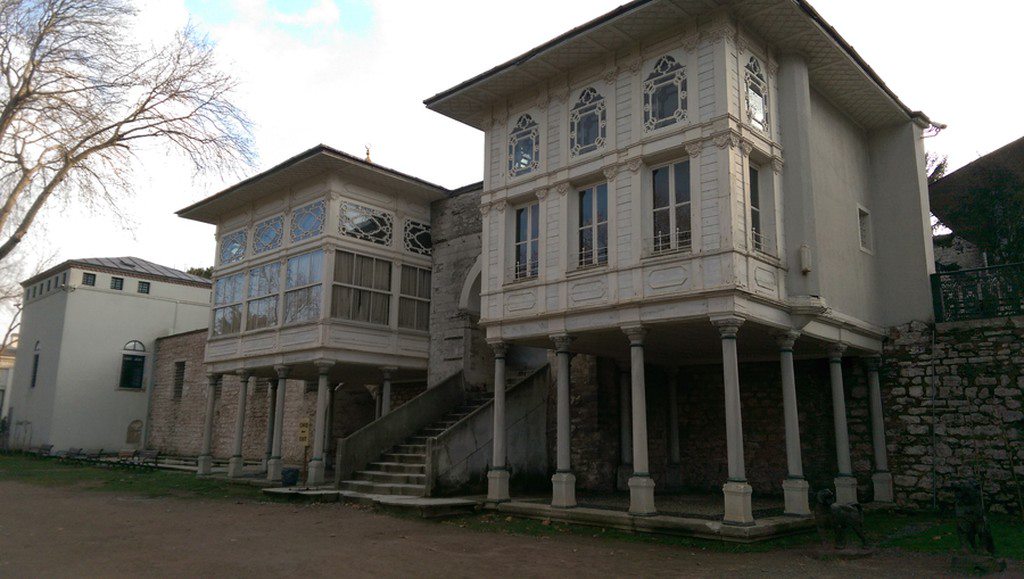 The front design was changed after a large scale repair that was conducted in 1752 in Sultan Mahmut I era. The Sofa Pavilion was built under reign of Sultan Mehmet IV (1648-1687). It is the only wooden building in the innermost part of the palace. It consists of rooms with the backside supported by columns.

The kiosk consists of the main hall called Divanhane, the prayer room (Namaz Odası or Şerbet Odası) and the Room for Sweet Fruit Beverages. From the kiosk the sultan would watch sportive events in the garden and organised entertainments. This open building with large windows was originally used as a restroom and later, during the Tulip era (1718-1730) as a lodge for guests. It is situated next to the Tulip Garden.

The rectilinear Terrace Kiosk (Sofa Köşkü / Merdiven Başı Kasrı) was a belvedere built in the second half of the 16th century. It was restored in 1704 by Sultan Ahmed III (1703-1730) and rebuilt in 1752 by Sultan Mahmud I (1730-1754) in the Rococo style. It is the only wooden building in the innermost part of the palace. It consists of rooms with the backside supported by columns.

These scripts and photographs are registered under © Copyright 2018, respected writers and photographers from the internet. All Rights Reserved.
Posted by ISTANBUL, Extended On Two Continents at 12:30 PM