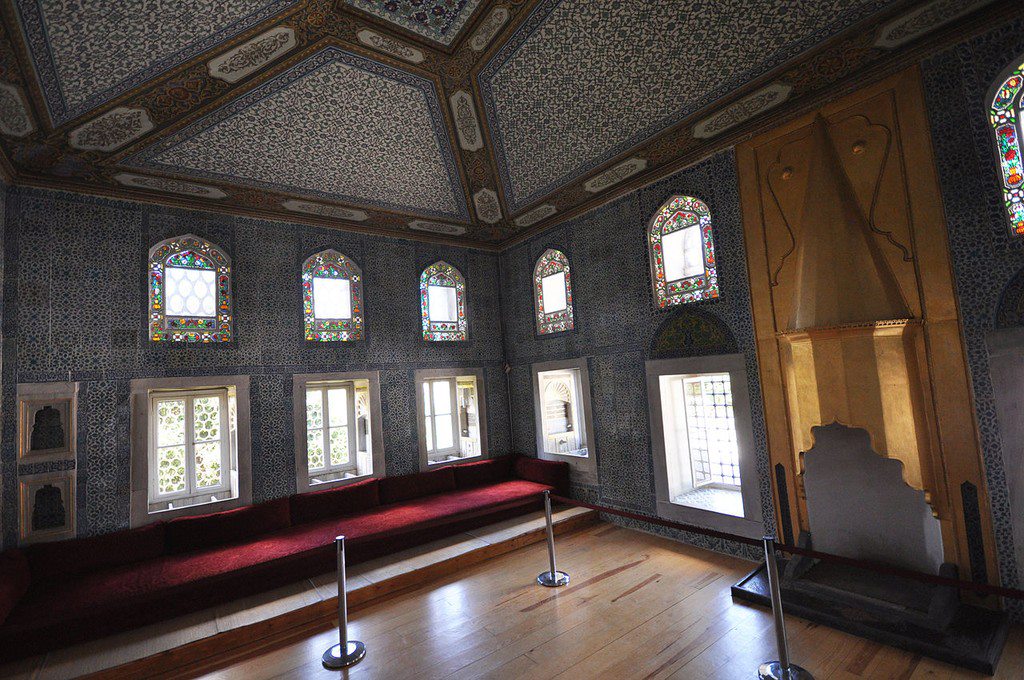 It is located in the part of Imperial Sofa that faces Haliç. Even thought the exact date of construction of the pavilion, it has been considered built most probably during the first half of 16th century in Sultan Süleyman era.

The Circumcision Room (Sünnet Odası) is thought to have been built during the reign of Kanunî Sultan Süleyman - Sultan Süleyman the Magnificent. It is located on the palace grounds’ most spectacular segment facing the Galata district. This pavilion initially planned as the Sultan's summer kiosk (Yazlık Oda) is referred to as Circumcision Room, due to the fact that it was the venue used for the circumcision – a religious tradition in Islam for cleanliness and purity - ceremony of the princes-sons of Sultan Ahmet III (1703 -1730).

In 1640 Sultan Ibrahim I added the Circumcision Room (Sünnet Odası), a summer kiosk (Yazlık Oda) dedicated to the circumcision of young princes, which is a primary rite of passage in Islam. Its interior and exterior are decorated with a mixed collection of rare recycled tiles such as the blue tiles with flower motifs at the exterior. The most important of these are the blue and white tiles panels influenced by far-eastern ceramics on the chamber facade dated 1529.

These once embellished ceremonial buildings of Sultan Süleyman I, such as the building of the Council Hall and the Inner Treasury (both in the Second Courtyard) and the Throne Room (in the Third Courtyard). They were moved here out of nostalgia and reverence for the golden age of his reign. These tiles then served as prototypes for the decoration of the Revan and Baghdad kiosks.

The room itself is symmetrically proportioned and relatively spacious for the palace, with windows, each with a small fountain. The windows above contain some stained-glass panels. On the right side of the entrance stands a fireplace with a gilded hood. Sultan Ibrahim also built the arcaded roof around the Chamber of the Holy Mantle and the upper terrace between this room and the Baghdad kiosk.

The quasi-square-shaped single-hall pavilion has a small kitchen in the rear. The blue-and-white colour tiles made ​​in thatch style covering the façade of the building were the work of the famous 16th century muralist Shah Kulu. The building was renovated in 1640 by Sultan Ibrahim (1640-1648) as part of the redevelopment of the terrace.

These scripts and photographs are registered under © Copyright 2018, respected writers and photographers from the internet. All Rights Reserved.
Posted by ISTANBUL, Extended On Two Continents at 3:06 AM