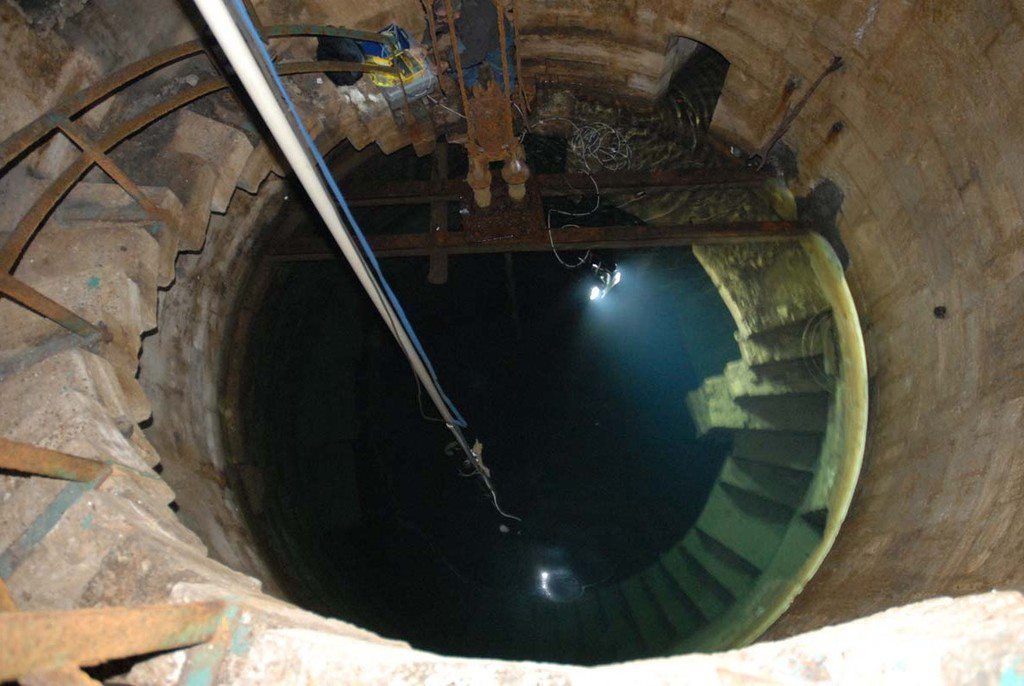 Theodosius II was somehow used to pass unseen to Hippodrome from Hagia Sophia.The priests who was have taken shalter in Hagia Sophia during the siege of Constantinople,never left the building.  According to a blief, they ascended into the sky through their prayers, and judging by a more realistic idea they have escaped by means of underground tunnels. According to an interview of the documentary director Göksel Gülensoy to the Newsweek Turkey the escape by underground tunnels was a reality.

The director gathered his team and appeared at the entrance door of Hagia Sophia in order to make the documentary of the wells and underground tunels. Levent Karataş, the head of the divers team , explains the first proposal as follows: "Here is our garden and here is the well,will you dive there?” As can be seen later", the well inthe garden” is located under the roof of Hagia Sophia.

Karataş tells that the Hagia Sophia was an ordinary place for him until that moment, but later it was transformed into passionate place after the mysterious proposal of Gülensoy and due to the appearence of the Hagia Sophia. They could obtain a permession of work only for one day ,on Monday when the museum is colsed to visitors.

Until the completion of the preparations, some calculations were made by step measurement as a visitor in the other days of the week. Karataş says “we didn’t want to lose time, even for a screwdriver, we had to dive into the unknown without preliminary exploration, we had very limited time”. A portable x-ray device was placed at the entrance of the museum door (in order to make sure that the divers can not swollow anything valuable for the purpose of theft.)

When it comes the actual day, they realized that the entrance of the wells were too much narrow that the divers can not enter with tubes. Two 15-meter diving 200 meters from the high-pressure hose connected to the tube and found that at the end of their eight-meter divers well. Lamp parts, the former British soldier canteens face in the bottom of the wells, some of which finds slime. 200 meters of high-pressure hose was connected to the two diving tubes and at last the divers could go down into the well.

The candle parts and former British soldier canteens were the unique findings in the slime bottom of the wells. But in any case, their purpose was not treasure hunting ( after taking photos and movies they put these objects back ) their purpose was to see what lies beneath Hagia Sophia. Gülensoy says “ We want that every human being would feel an another city in the ground where they walking on”.But as a result of their divings, they could not find any waterway connection with these wells.

In this situation, the team decided to enter the undergraund with another equipments when they noticed there was no water to dive. The team was very pleased when they found the 30-40 meters diameter tunnels opening to another tunnels. Owing to the Bosphorus International Cave Research Association, they had the opportunity to make the first underground plan of Hagia Sophia.

Karataş says that the tunnels were cut by the walls , and these walls presumably were destroyed unnoticed ( we hope so) due to the road construction work. One of the most exciting event was two graves for the team. According to historical sources, a child saint and also a. Patriarch were laying under the Hagia Sophia. Verification of these aspects is now the task of scientists.

These scripts and photographs are registered under © Copyright 2017, respected writers and photographers from the internet. All Rights Reserved.
Posted by ISTANBUL, Extended On Two Continents at 2:12 PM