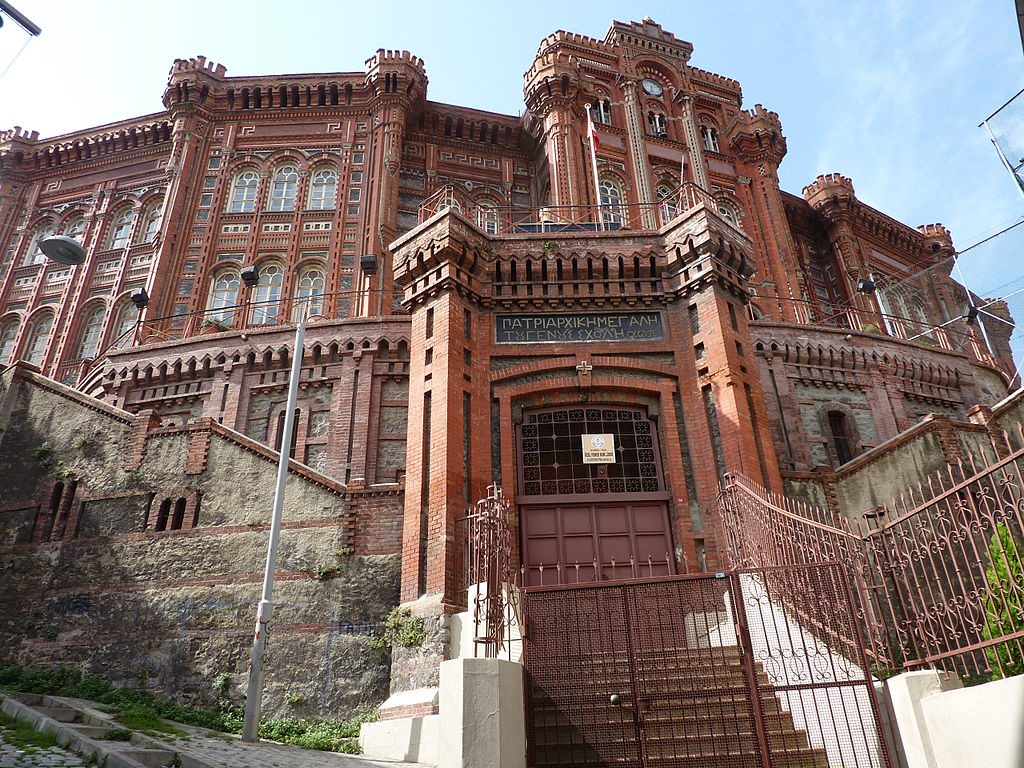 Fener Greek Orthodox College, known in Greek as the Great School of the Nation is the oldest surviving and most prestigious Greek Orthodox school in Istanbul, Turkey. The school, like all minority schools in Turkey, is a secular school. Established in 1454 by Matheos Kamariotis, it soon became the school of the prominent Greek (Phanariotes) and Bulgarian families in the Ottoman Empire, and many Ottoman ministers as well as Wallachian and Moldavian princes appointed by the Ottoman state, such as Dimitrie Cantemir, graduated from it.

This was the settlement area for many noble families, who had escaped after the conquest and later came back to İstanbul around 1470s. When the Patriarchate moved to the Church of St. George in 1602, the demographics of Fener District changed and many noble families settled here. Some of these families supported the independence of Greece; so in the 1830s Genovese and Galatians were domiciled in this region in order to change its demographic.

Fener Rum Boys High School was designed by the Ottoman Greek architect Dimadis as a monumental three storey building made red brick in 1881 by donations. The current school building is located near the Church of St. George in the neighborhood of Fener (Phanar in Greek), which is the seat of the Patriarchate. It is known among the locals with nicknames such as The Red Castle and The Red School.

Designed by the Ottoman Greek architect Konstantinos Dimadis, the building was erected between 1881 and 1883 with an eclectic mix of different styles and at a cost of 17,210 Ottoman gold pounds, a huge sum for that period. It has a different style because Dimadis used many different architectural techniques in the building. The money was given by Georgios Zariphis, a prominent Greek Ottoman banker and financier belonging to the Rum community of Istanbul. Despite its function as a school, the building is often referred to as "the 5th largest castle in Europe" because of its castle-like shape.

The large dome at the top of the building is used as an observatory for astronomy classes and has a large antique telescope inside. Today the school, which is the "second largest" school after the Zografeion Lyceum. The school (like all minority schools, as it is compulsory by law) applies the full Turkish curriculum in addition to Greek subjects: Greek language, literature and religion.