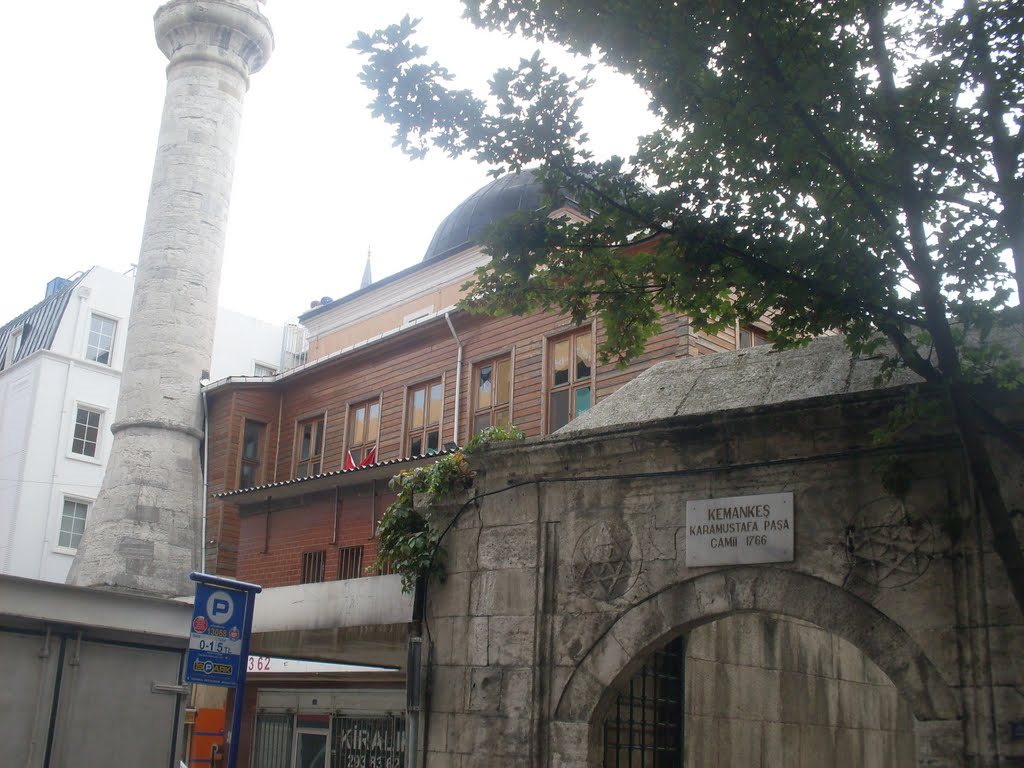 There are so many distinctive religious sanctuaries to see in Karaköy, including both churches and synagogues. One more mosque that is definitely worth seeing is the one named after Kemankeş Kara Mustafa Paşa, who was the grand vizier during the reigns of Sultan Murad IV and Sultan Ibrahim. When climbing the stairs to the entrance of this mosque, you might notice the seals of Süleyman the Magnificent on either side of the door here.

He was a man who rose from the ranks of the janissaries to a high position in the Ottoman state, thanks to his many skills. And, known for his archery skills, he was nicknamed “kemankeş” meaning bowman or archer. Kemankeş Kara Mustafa Pasha (Black Mustafa Pasha the Archer in Turkish; 1592 - 31 January 1644) was an Ottoman military officer and statesman. He served as Kapudan Pasha and as grand vizier. His exploits came to an end, however, with execution.

In 1642, Mustafa Pasha converted a Roman Catholic church in Istanbul into a mosque named Odalar Mosque. According to Professor Semavi Eyice, the original church, a Byzantine one, was probably the Monastery of Philanthropos but was converted to the Latin cult and renamed Santa Maria di Constantinopoli during the reign of Sultan Mehmed II.


Posted by ISTANBUL, Extended On Two Continents at 11:40 AM